Ashanti is an administrative region in Ghana centrally located in the middle belt of Ghana. Most of the region's inhabitants are Ashanti people, one of Ghana's major ethnic groups. The main language spoken in the Ashanti region is Twi (pronounced tree).

At the height of its power and glory, the influence and culture of the Ashanti Kingdom stretched beyond the borders of present-day Ghana.

The Ashanti were able to preserve what was best in Akan culture, including the use of gold dust as currency and gold weights as a measure. 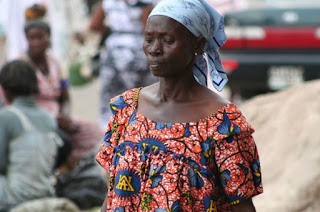 The Ashanti people make up the largest of the subgroups of the Akan, who trace their origins partly to Bono-Manso and Techiman in the present-day Brong Ahafo Region. Ashanti constitute 14.8 percent of all Ghanaians by birth, and 30.1 percent of the total Akan population of 8.5 million in the country.

Ashanti people started with a nucleus of the Oyoko clan around Asantemanso. After several years of subjugation by other empires, such as the Akwamu and the Denkyira, Asante eventually grew to be a very powerful empire founded by King Osei-Tutu I (1695-1717), after defeating the Denkyira King Ntim Gyakari during the battle of Feyiase.
Ironically, King Osei Tutu I had spent his childhood days in the court of the Denkyira King, according to custom, and had escaped from there to Akwamu where he met his lifelong friend and spiritual mentor, the legendary Okomfo Anokye. It is believed that it was through Okomfo Anokye’s extraordinary supernatural powers that King Osei Tutu founded the Ashanti Empire; as he is said to have commanded the Golden Stool to fall from the heavens, the stool that, to this day, serves as the symbol of the spirit, unity and strength of the Ashanti.

The Ashanti fought many successful wars against the Denkyira and their allies including the Wassa, the British, the Fante, and even the Bonos (Brongs). Indeed, it was the Ashanti King Opoku Ware I who defeated the Bonos in 1723 and destroyed Bono-Manso, forcing the Bono Empire to move its capital from Manso to present day Techiman. The Ashanti Empire eventually collapsed with the defeat and exile of King Prempeh I, first to El-Mina Castle and eventually to the Seychelles.

Not even the last stalwart stand by the great warrior Queen Yaa Asantewaa could revive the fame, fortune and power of Ashanti. However, the culture, kinship and social structure of Ashanti, like many of the other Akan groups, has been preserved and maintained to the present day, and underlines the cultural heritage, not only of the Ashanti, but of the entire Akan ethnic group. The present Asanti King Asantehene Osei Tutu II is a direct matrilineal descendant of Osei Tutu I.

Several festivals are celebrated in the region, the major ones being the Akwasidae and AdaeKese. These are religious festivals celebrated by some members of the Akan ethnic group of which the Ashanti belong.
The festivals are celebrated to remember past leaders and heroes. Though they are dead, their spirits are supposed to be alive and taking interest in the affairs of the living, watching their doings and consulting with them at Adae.