Countries in Africa with the Longest Coastlines

The 10 Most Beautiful Beaches In Africa


Africa has a miles and miles of coastline beaches; there is obviously much more to Africa than going on safari.

Seychelles is the smallest African nation and is a small island surrounded by the Indian Ocean with a coastline of around 491 km. The constitution of the Republic of Seychelles lists 155 islands: 42 granitic and 113 coralline; by far the largest island is Mahe, which is home to about 90% of the population and the site of the capital city of Victoria. 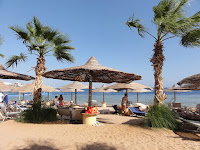 More than 2,450 km of coastline on the Mediterranean Sea, the Gulf of Suez, the Gulf of Aqaba, and the Red Sea. Egypt controls Sinai Peninsula, only land bridge between Africa and remainder of Eastern Hemisphere.

The coastline of the Cape Verde Islands is 965 km located in the North Atlantic Ocean, west of Senegal some 570 km off the west coast of Africa. 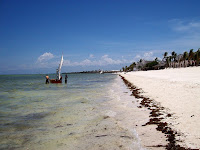 Kenya is located in Eastern Africa, bordering the Indian Ocean, between Somalia and Tanzania. The Kenyan coastline is approximately 536 km long. 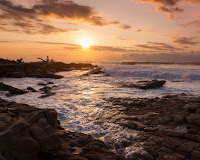 The South African coastline is approximately 2,798 km long. South Africa is located in Southern Africa, at the southern tip of the continent of Africa.

The length of coastline, including Zanzibar and Pemba islands, stretches along approximately 1 424 km of the Indian Ocean.

Ghana has over 335 miles of spectacular coastline and Beyin beach is one of the most beautiful beaches in Ghana.

Mauritius is an island located in the Indian Ocean; its coastline is approximately 177 km. The clear blue waters of Le Morne Beach in Mauritius are spectacular.

Madagascar is the world’s 4th largest island and is located in Southern Africa, island in the Indian Ocean, east of Mozambique with a coastline of 4,828 km. If you to whale watch, Ifaty beach in July and August is the best time to visit Madagascar.


Mozambique located in Southeastern Africa, bordering the Mozambique Channel, between South Africa and Tanzania. Mozambique coastline is approximately 2,470 km. The Zambezi River flows through the north-central and most fertile part of the country. Tofo is a coastal town in southeastern Mozambique. It is known for the curved Tofo Beach and neighboring coral reefs.