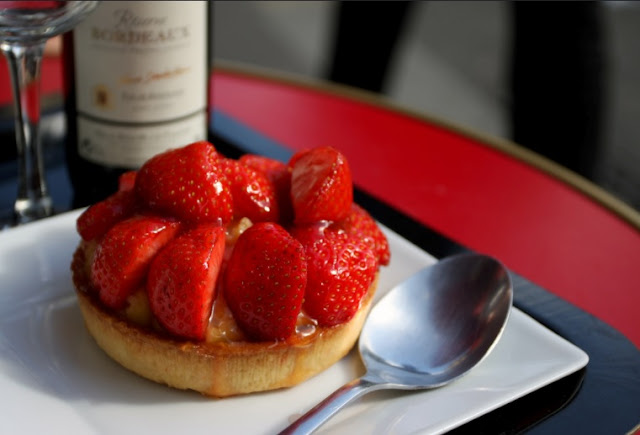 Directions
For the dough, beat together butter and sugar until light and fluffy. Beat in egg yolk and vanilla. In a separate bowl, combine the flour, baking soda, and salt. Mix to combine. Add the dry ingredients to the wet and mix until well combined. Chill the dough for at least 15 minutes.

For the filling, beat together all ingredients until well combined.
To assemble tartlet, take a golf ball sized chunk of dough and roll it into a ball. Flatten the dough into a disc between your hands and place into prepared muffin pans. Place a teaspoonful of filling into the center of each.

For the meringue, in large bowl, beat egg whites and cream of tartar with electric mixer until foamy. Gradually add sugar, beating until mixture forms stiff peaks. Top each stuffed cookie with a dollop of meringue. Bake tartlets at 350 degrees for 10-12 minutes until the lightly golden.