Four most effective medicinal plants to grow in your garden 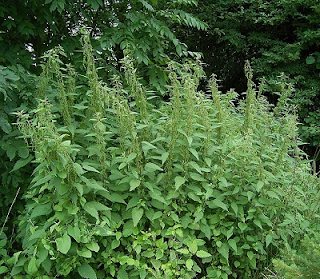 Stinging Nettles are easy to grow; the root is also used for joint ailments, as a diuretic, and as an astringent. Stinging nettle above ground parts are used for anemia, poor circulation, urinary tract infections, allergies, kidney stones or as a general tonic.

In foods, young stinging nettle leaves are eaten as a cooked vegetable. Do not forget to wear gloves when harvesting. Nettles have a harmless but unpleasant sting, if brushed. Stinging nettle leaf has a long history of use. It was used primarily as a diuretic and laxative in ancient Greek times.

Amaranth is an important plant to the nutrition of Southern Africa. Cooked Amaranth leaves are eaten as vegetables, soups, stews and relishes.

Leaves and young plant stems are cooked as spinach and have a mild flavor and the seeds of the Amaranth plant are ground into flour. Amaranth produces a brightly colored flower that can contain up to 60,000 seeds.

Dandelion is often considered a weed and a problematic to lawn care workers. Dandelions are one of the most multipurpose herbs.

Dandelion is also used to increase urine production and as a laxative to increase bowel movements. Dandelions are also used as skin toner, blood tonic, and digestive tonic. In foods, dandelion is used as salad greens, and in soups, wine, and teas. The root is also used, dried and ground as a substitute for coffee.

Calendula is an important addition to a healer's garden. The flower petals of the calendula plant have been used for medicinal purposes for centuries.

Calendula has been used to treat stomach upset and ulcers, as well as relieve menstrual cramps, and an ointment applied to the skin.

It is believed Calendula helps, wounds heal faster, improve skin hydration and firmness. It's orange flowers are used as a tea and edible pretty addition to a salad as well