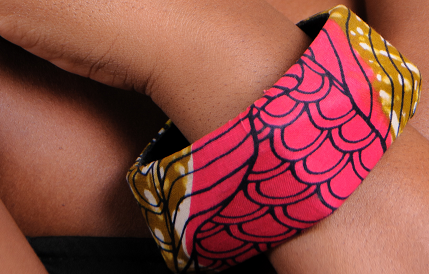 Cut a long strip of fabric that measures double the width of your bangle.

Lay the fabric down on the ironing board, fold the edges in toward the center, and iron flat. Your strip should now have a front side that is clean and a back side with an ironed seam. 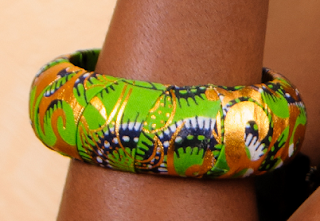 Continue tightly wrapping the fabric strip around the bangle until you cover the entire bracelet. Apply a bit of glue inside the bangle under the final wrap. Cut the strip just after the glued section, and hold it in place until the glue dries.

Now show off your beautiful DIY African fabric-wrapped bangles to the world!