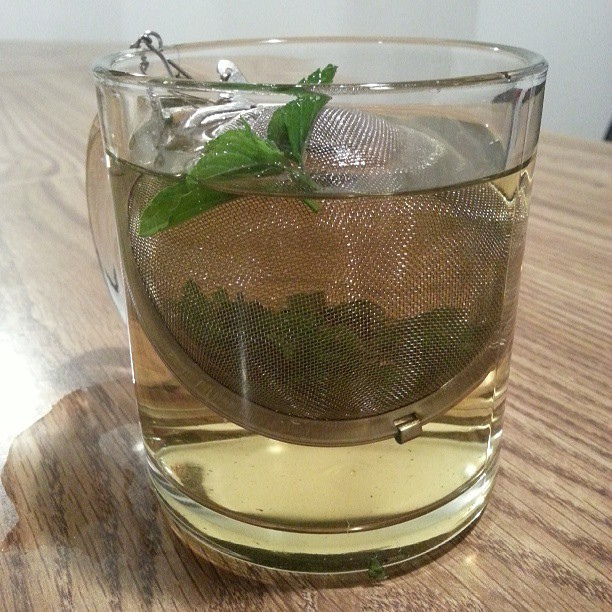 Amaranth, also known as mchicha in Tanzania is used as herbal medicine to improve cardiovascular health naturally. Herbalism is one of the main methods used to treat various sicknesses in traditional African medicine. The continent of Africa has a wealth of indigenous herbs and plants such as amaranth used for herbal treatments. 
When making herbal green tea use a tea strainer. The tea strainer eliminates the need to strain off leaves later.

Add your desired amount of amaranth leaves to a tea strainer or teapot, around 5-6 leaves work well.

Cover with boiling water a let steep for 5 minutes or until you have created your perfect cup of tea based on your preference.

Be sure to always rinse and wash leaves prior to making tea.