Isonka samanzi is Xhosa for bread in water or steamed bread.

Braai Isonka samanzi or grilled bread is made by steaming dough in a cast iron pot on top of braai or BBQ coals until the bread is soft on the inside and brown on the outside. Isonka samanzi is Xhosa for bread in water or steamed bread. The uniqueness of this recipe is not the ingredients but the way the bread is baked in a cast iron pot. This local Southern African delicacy of homemade baked bread will leave you wanting more.

Directions
In a large bowl, dissolve sugar and yeast in warm water. In a separate bowl, add butter and salt mix well. Lightly alternate stirring in flour and water.

When the dough slightly sticky to the touch, turn it out onto a lightly floured surface and knead until smooth and elastic, about 10 minutes or use the bread hook attachment on your mixer, mix 4-5 minutes.

Lightly oil a cast iron pot with a lid, place the dough in the pot cover with a damp cloth and let rise in a warm place until doubled in volume, about 1 hour. Place lid on pot (oil the top of the lid also) and place on hot coals with no flames for 2 hours.

Bread is ready when a skewer is inserted in the middle of the bread and it comes out clean. 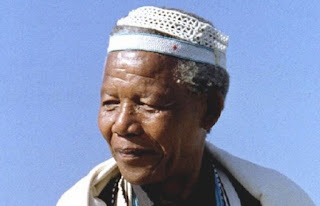 About the Xhosa tribe of South Africa

The name Xhosa is a generalized term for a diversity of proud clans, the Pondo, Bomvana, Thembu and the Xhosa tribe itself. Red and the orange of ochre were the traditional colors of the Xhosa, Tembu, and Bomvana.

The first group of early Nguni immigrants to migrate to South Africa consisted of the Xhosa, the Thembu, and Pondo. Nelson Mandela former President of South Africa was a Xhosa-speaking Thembu person and is perhaps the most well-known Xhosa. Xhosa culture is rich in tradition, food, and sport.

Xhosa people have a rich oral history and act as walking history books; they preserve ancient stories and traditions. Their inherited custom was passed down through generations. This passing down of oral history through proverbs is one of the most distinctive traits of the Xhosa.