Buddhist temples are found throughout Africa. South Africa has the largest Buddhist population on the African continent.

Abbott and founder president Bhante Buddharakkhita was born and raised in Uganda, he first encountered Buddhism in 1990 while in India. In June 2001, he began monastic training and in November 2002, he received higher ordination by his Preceptor the late Venerable U Sayadaw Silananda at Tathagata Meditation Center, California. He continued his meditation practice under the guidance of Bhante Henepola Gunaratana for eight years at the Bhavana Society, West Virginia. 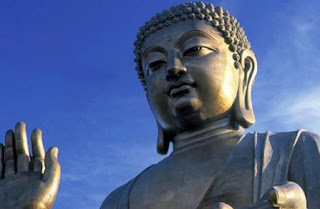 The centers yoga teacher Venerable Sangha Rakkhita was born in Rwanda and ordained in Sri Lanka on November 1, 2015. He is a professor of T’ai chi, Chuan style Yang and Ashtanga Yoga.

Bhante Buddharakkhita teaches meditation in Brazil, Europe, Australia, Asia and the United States for more than a decade and he is the spiritual director of Flowering Lotus Meditation Center in Magnolia, Mississippi in the United States.

Bhante Buddharakkhita's book, Planting Dhamma Seeds: The Emergence of Buddhism in Africa tells the story of his religious and spiritual work in Africa. In Buddhism, dharma is the doctrine, the universal truth common to all individuals at all times, proclaimed by the Buddha. Dharma, the Buddha, and the sangha (community of believers) make up the Triratna, “Three Jewels,” to which Buddhists go for refuge.

"Speak well of others, not of their faults." 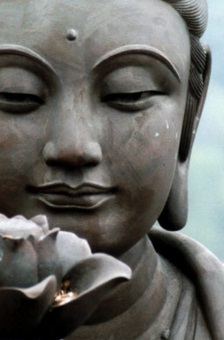