Never close your eyes to an opponent African Folklore

Battle of the birds of Africa, the Kingfisher deceives the Curlew in the never close your eyes to an opponent African Folklore story. 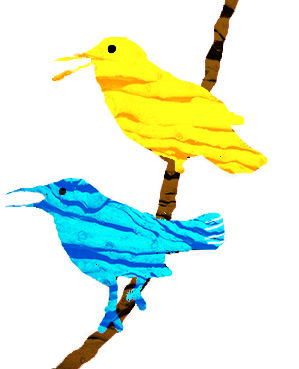 Never close your eyes to an opponent African Folklore Story

So the elders say, one-day two birds, the Curlew and the Kingfisher had a long discussion as to which of them could go longest without food.

The Curlew proposed that they should try for ten days, and the Kingfisher agreed to it.

They tied a rope across a stream, and both birds sat on the middle of it looking down into the water.

On the third day, the Kingfisher began to feel hungry, and spotting a fish in the water just below him, he pretended to fall, caught and gobbled the fish, but as he came up to the surface of the water, he cried out "Oh,  my friend Curlew, my head turned dizzy, and I fell into the stream."

The Curlew replied, "Never mind, let us continue with our contest."
But, the Kingfisher continued to have these dizzy fits just as fish came under the perch, and the Curlew with his sleepy eyes did not notice the fish.

Before many days had passed, the Curlew's body became thin, he lost his strength, fell into the stream and was drowned; but as for the Kingfisher, he flew away, leaving his dead rival in the water. Never close your eyes to an opponent and believe all you see.