Three African folklore short stories you can read online. Take Care of Problems When They Are Small, No One Can Live On Beauty Alone and The Man Who Wanted To Fool Death are three short African stories to read today. 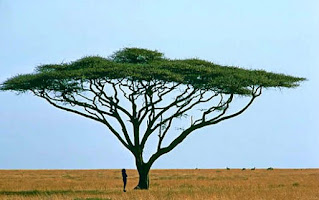 Take Care of Problems When They Are Small African Folklore Story

Two men in a certain town were building new shanties for themselves. One day one of them noticed a young Jackalberry tree nearby and he said to the other "Let us cut the tree down while it is still small. It may cause us serious damage later on if we allow it to grow."

And the tree was allowed to grow.

Sometime after a dreadful storm passed over the land, laying low many giant trees of the forest including the Jackalberry tree which, by this time, had grown to considerable size.

With a boom, the tree fell down on the shanty of the man who had said: "Let it grow, it won't hurt us any" and the man was killed because he did not take care of the issue early before it becomes a bigger problem. 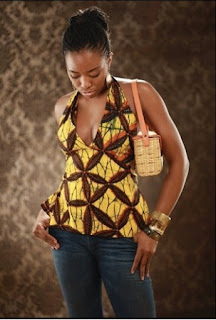 No One Can Live On Beauty Alone African Folklore Story

As the elders say, a young woman was known and admired for her beauty.

One day the thought took possession of her that she would only have to show herself in public, and the people would bring her all that she needed for a living just because she is beautiful.

So, when she saw the women go to market, carrying loads of fruits and vegetables, she put on her prettiest clothes, adorned herself with costly beads and bracelets, and followed the women to market.

When she arrived at the market, the women were all busy bartering their produce for dried fish, salt, earthenware, and other commodities. However, she herself stood by, empty-handed, and had nothing with her to barter; neither did anyone pay any attention to her.

She stood and waited for a long time, but not even the tiniest little fish was offered her.

Empty handed and proud she had come, and empty-handed and shamed she went home. She had learned that no one could live on beauty alone. 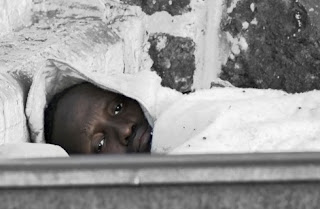 The Man Who Wanted To Fool Death African Folklore Story

There lived a man named Kwaku who thought if he could only know the day of his death, he would be able to prevent the approach of his last enemy and trick him.

One day he took sick, and fearing that he would die, he called his wife and told her to hurry and send for the village healer.

When the healer came, Kwaku asked him "How long have I to live?" "After you dream about a woman with arms like a tree walking through the desert you must die!" the healer answered.

Acting on this information Kwaku told his sons to get to work at once and dig a big hole about the size of a living room.

When this was done, he told them to fill this ditch with all kinds of provisions, such as yams, plantains, and maize; also with water and firewood in sufficient quantities. When all preparations were completed, Kwaku himself went into the ditch.

Before he had his sons fill up and cover the hole, he made them promise not to speak to anyone of his whereabouts and do not forget to call for him after two months has passed.

The sons promised and then filled up the hole. Two months later when they returned to call for their father, nothing but his skeleton was found.

This foolish man wanted to fool death, but death fooled him. No man can escape death.

Why Some Souls Are White and Others Black African Folklore