The DRC is a country located in central Africa where Ebola is still devastating Africa’s second largest country. 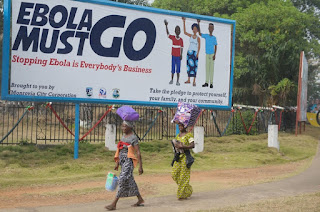 How this outbreak of Ebola compares to other Ebola outbreaks. DRC outbreak is the second biggest outbreak of the Ebola Virus since the tracking of the disease in 1976, sadly Ebola is still killing African people in 2019.

The Ebola virus outbreak is heaviest in nine areas including Katwa and Vuhovi DRC. This Ebola outbreak is primarily affecting the northeastern provinces of the Democratic Republic of the Congo bordering Uganda, Rwanda, and South Sudan. During February 13 to April 4, 2019, a major increase in new confirmed and probable Ebola cases have been reported with a high risk of further spread.

DRC outbreak is the second biggest outbreak of the Ebola Virus since the tracking of the disease in 1976. As of April 4, 2019, there were 1,100 Ebola cases reported, of which 58% were female and 29% were children aged less than 18 years. Overall, 695 deaths and a case fatality ratio of 63% with 304 patients discharged from Ebola Treatment Centers. The number of healthcare workers affected has risen to 81 or 7% of total cases, including 27 deaths.

February 2019 saw many attacks on Ebola treatment centers as well as the murder of one nurse. There were burned out buildings and vehicles, including an ambulance. The epicenter of the outbreak has been in the towns of Butembo and Katwa where an armed groups don't believe Ebola in their region exists sparking numerous conspiracy theories. As a result, many people have become wary of the doctors and nurses who treat Ebola victims and many blame them for spreading the disease.

On February 19, a group of men armed with bows and arrows murdered a nurse working in an Ebola center in Vuhovi, DRC. Five days later during an attack on February 24, armed men burned an Ebola clinic in the hard hit town of Katwa.
More about Ebola in Africa ➙Ebola Workers in Africa Strike Over Not Being Paid

Three Ebola facts
Ebola virus outbreaks have occurred in Africa for decades. One reason the Ebola virus is deadly is due to the virus’s ability to interfere with the immune system. There is no approved vaccine or treatment for Ebola.

There is currently no licensed vaccine to protect people from the Ebola virus. However, the yet to be licensed Recombinant vesicular stomatitis virus–Zaire Ebola virus rVSV-ZEBOV Ebola vaccine has been approved for compassionate use in outbreaks. The vaccine delivers the Ebola virus gene inserts but does not replicate further. The gene inserts express an Ebola virus protein designed to prompt the human body to make an immune response. The investigational vaccine contains no infectious Ebola virus material.

In 2015, as a response to the devastating Ebola outbreak Guinea, Liberia and Sierra Leone where over 11,000 people died a ring vaccination trial took place in Guinea, it was found the vaccine was highly effective against Ebola. Guinean authorities gave their approval to loan more than 30 of the country’s health experts to the Democratic Republic of the Congo for the ring vaccination. I am here to help my brothers and friends in the Democratic Republic of Congo to fight against Ebola," said Dr Alhassane. "Ring vaccination can help stop the spread of the Ebola virus. 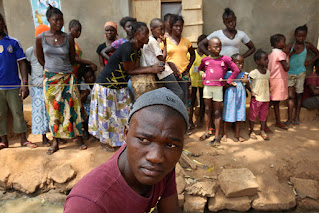 Ring vaccination is a new and vital tool in the control of Ebola. The ring vaccination is led by the National Institute of Biomedical Research and the Ministry of Health of the Democratic Republic of the Congo, which is working with a wide range of partners, including WHO, Médecins sans Frontières Doctors Without Borders and UNICEF.

Gavi, the Vaccine Alliance, contributed funds towards the operational costs, and through an agreement with Merck, the vaccine developer, helped ensure that 300,000 investigational doses of the vaccine are available in case of an outbreak. The vaccination is being provided to the contacts of confirmed cases and the contacts of contacts, as well as healthcare workers, front line responders and other people with potential exposure to Ebola.

Ebola symptoms vary but the sudden onset of fever, intense weakness; muscle pain, headache, and sore throat are commonly experienced at the beginning of the disease, the dry phase. As the disease progresses, people commonly develop vomiting and diarrhea, the wet phase, rash, impaired kidney and liver function, and in some cases, both internal and external bleeding. More about Ebola in Africa ➙History of Ebola Virus Outbreaks in Africa