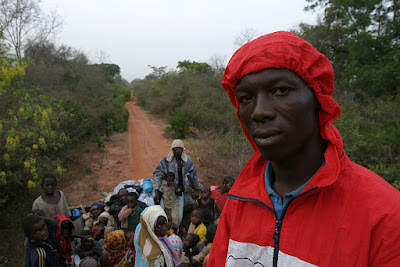 Poverty is defined as the state of lacking an acceptable threshold amount of money and lacking the means necessary to meet basic personal needs such as food, clothing, and shelter.

According to the World Bank, although great strides have been made towards poverty reduction in Africa, the region hosts half of the world’s extreme poor. Latest estimates suggest that the share of the African population in extreme poverty declined from 57% in 1990 to 41% in 2013.

Over the next 10 years, only one in four of Africa’s youth is expected to find a salary job. This lack of opportunities threatens the realization of the money dividend. Forced displacement is a challenge in Africa that also increases the poverty divide.

A symptom of conflict, persecution, human rights abuses, natural disasters and failure of governance, the African region hosted 5.1 million refugees or internally displaced persons (IDP’s) at the end of 2016, 30% of global IDP’s.

While IDP’s are faced with aid dependency and life in encampment situations, the communities hosting them often belong to the poorest and most excluded in their respective country, living in secluded and underdeveloped borderlands. Turkana County in Kenya, for instance, which is home to the Kakuma refugee camp, has a poverty rate of 88% compared to the national average of 45%.

Despite forced displacement Africa is undergoing rapid urbanization with 40,000 new urban dwellers per day with over 450 million new urban dwellers are expected between 2010 and 2040, with half of Africa’s population living in urban areas by that year.

The protracted conflict in many African regions has also created the poverty divide. Around 20 countries out of 54 in Africa are categorized as fragile or conflict-affected. The Horn of Africa and the Great Lakes Region have been in conflict for over 20 years.

In 2015, the World Bank estimated that there were 194,000 combatants in armed groups in Africa. A 2016 study commissioned by the World Bank-administered Transitional Demobilization and Reintegration Program on armed movements in Mali found that youth comprised the majority of the ex-combatants, with the 18-40 age group representing 79%.

Africa’s highest internal displacement countries due to disasters, conflict, and violence.
The Governments of Mozambique, Malawi, and Zimbabwe estimate that about 652,874 people have been internally displaced since the landfall of Tropical Cyclone Idai on March 14, 2019.