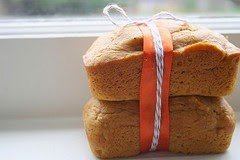 This easy African cassava honey bread has a light delicious flavor of honey with a hint of lemony coriander sweet spice.