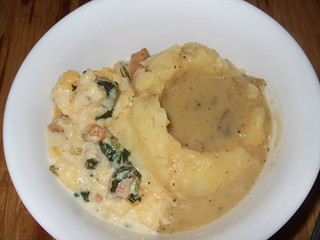 Serve as a side dish, Irio Kenyan veggie mashed potatoes recipe is a perfect complete to most grilled, fried and baked meats.


3 High-starch potatoes such as Russets


In a large pot boil the potatoes, then mash.  Chop the pumpkin leaves and boil until well cooked, drain liquid and add all ingredients, over medium heat simmer until warm. Serve as a side dish, Irio is a perfect complete to most grilled, fried and baked meats. 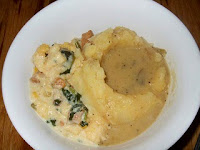