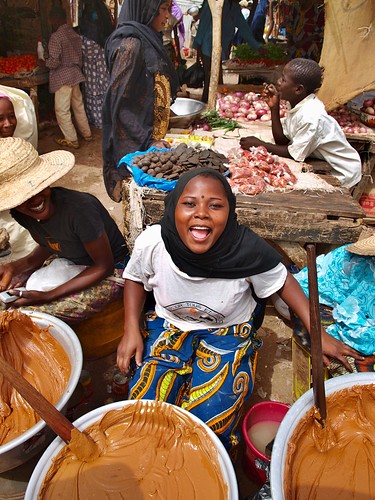 Ȯ dị otó translates to it was delicious in the African Igbo language. Street food is an important part of the culture and economy throughout the African continent.


An estimated 2.5 billion people worldwide consume street food each day many of whom are poor and cannot afford food from retail stores depend on food that street vendors provide.

Street food vending employs, on average, more than 42 percent of the labor force and contributes about 41 percent of the and total GNP in Africa. Street food vendors in Africa are commonly family or one-person businesses and the majority work without licensing.
Some people want a sit down meal, but most are street vendors wandering through food markets weaving in and out of traffic. Street food vendors can be found near offices, factories, schools, markets, construction sites, beaches, truck, train, plane and bus stations, business centers and along almost every street in Africa.

Setting up a street food business needs little investment and requires no special training other than the domestic experience in preparing food. 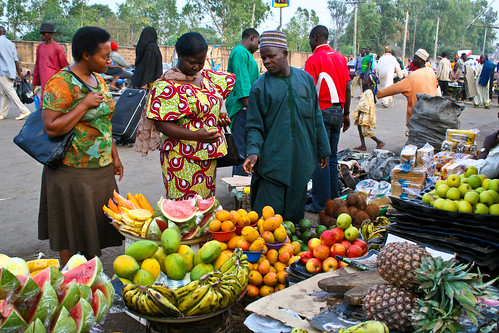 In Accra, Ghana, it is estimated that food vendors employ around 70,000 people and has an annual turnover of US$105 million, with annual profits in the order of US$26 million.
With the rise of urban businesses and growing urban populations demand for ready to eat affordable food is increasing.

In many large cities ready to eat food is a necessity for many as they have little time for food preparation while at work or do not have the time to travel back home for their meals. Buyers most often see street and snack food as home cooked food.

Small scale farmers and micro-gardeners especially women in Africa, find making street foods from crops harvested in their gardens to be an excellent way to increase income. Women commonly cultivate and look after home gardens.

These gardens not only provide a source of food for their families, but also can be made in larger quantities and marketed to the public. 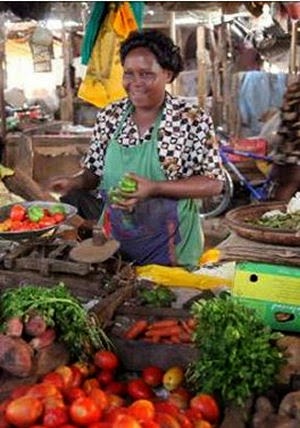