Shopping at the mall in Africa

Despite having the 12th largest mall in the world, traditional markets are still the prevailing choice for shoppers across the African continent. However, seven super structures shatter the mold of what you think about luxury shopping in Africa. 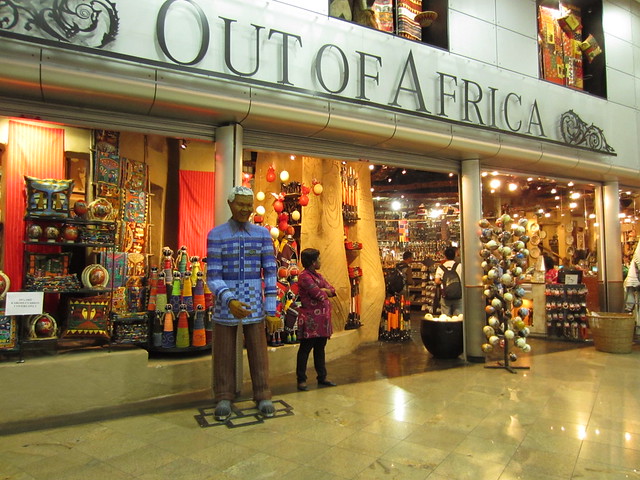 Built in the shape of a huge eye, the launch of Africa's largest shopping mall at 9.5 million sq ft, the Mall of Arabia Cairo opened in December of 2010. Mall of Arabia Cairo is located on the outskirts of Cairo featuring a large food court, dancing fountains along with upscale indoor shops and an outdoor market.

Morocco Mall is the second largest shopping center in at 2.7 million sq ft and is located in Casablanca, Morocco.  Morocco Mall, which opened on December 1, 2011 featuring a 1 million liter aquarium called Aquadream which contains over 40 different species of fish. Visitors can go scuba diving with a professional instructor inside the aquarium.

Canal Walk has over 400 stores and its very own television channel, CWTV with 2 giant screens and 32 plasma screens. The mall also has the unique Trading Post and Market Lane, which showcases the work of local retailers and craftsmen as well as views of Table Mountain and Robben Island.  Canal Walk opened in 2000 and was built around a canal. It has a total retail area of 1.5 thousand sq ft.

Located in Waterfall City Midrand, Gauteng, Mall of Africa is South Africa's largest shopping Mall ever built in a single phase, with over 1.4 thousand sq ft of retail space, and is home to over 300 shops. Opened in April 2016, Mall of Africa architectural appearance is inspired by Africa’s geological features and iconic landscapes.

Did you Know?
Some African currencies are stronger than others. Alongside Nigeria, South Africa boasts one of the continent’s strongest economies.
African facts