John Langalibalele Dube was born in now eastern KwaZulu-Natal, South Africa in the Inanda district on February 22, 1871. Dube whose nickname was “Mafukuzela” was an educator, minister, politician, author, and activist. He was the son of the low ranking Zulu chief Reverend James Dube one of the first ordained pastors of the American Zulu Mission. 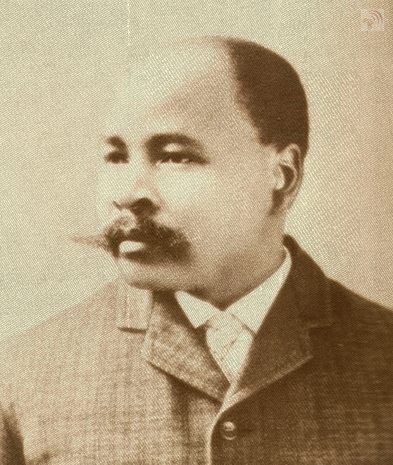 
At the age of 16, in 1887, he accompanied missionaries to the United States of America, where he studied at Oberlin College while working his way through school, however, despite his hard work due to the lack of money, he never received an official degree. Nevertheless, the talents that he nurtured during these Oberlin years laid the foundations for his future endeavors.

In 1897 when Dube returned to the United States he enrolled at the Union Missionary Seminary in Brooklyn, in New York and in March 1899, Dube was ordained as a priest by the Congregational Church. On August 8, 1900, Dube and his first wife Nokutela Dube established the Ohlange Institute on 200 acres of land in the Inanda district with 63 male students.

Chief Mqhawe of the AmaQadi donated the land on which Ohlange institute was built. The Ohlange institute became the first Black-directed institution and rivaled Tuskegee Institute. The imposition of apartheid had a negative impact on the school.

In 1953, the government passed the Bantu Education Act which had a negative impact on Ohlange institute resulting in its decline. When apartheid eventually collapsed and the first democratic elections were held in 1994, Nelson Mandela chose to cast his vote at Ohlange.

Around 1903, Dube began the first Zulu newspaper Ilanga lase Natal or Sun of Natal. In 1912, Dube was a founder member and first president of the South African Native National Congress (SANNC), which was renamed as the African National Congress (ANC) in 1923. He died in Durban near his birthplace of Inanda on February 11, 1946.