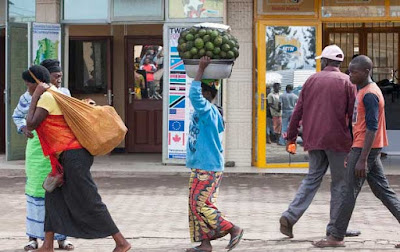 The phrase Third World, there is no official agreed upon definition of the term however, people in their everyday conversations use the term third world to describe poor developing countries and inferior individuals.

Alfred Sauvy coined the original meaning of third world, in 1952. Third world meant countries that were unaligned with either the Communist Soviet bloc or the Capitalist NATO bloc during the Cold War.

The term Third World implies counties and their people are inferior due to widespread poverty and other factors.

The term Third World obscures all parts of a country's culture and contributions that are not of an economic nature.

Second World refers to Russia, Eastern Europe and some of the Turkish States as well as China. 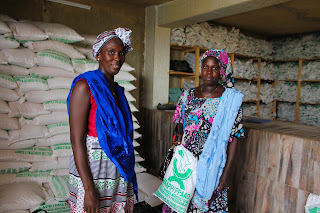 Lately the term Third World is used interchangeably with Developing Countries or as US President Donald Trump colorfully said shit-holes in regards to the economic development of a country.

However, rather than ignoring and dismissing a country and its peoples culture based solely on economics we need to look at the culture, history and most importantly the people as human beings.

Political units that existed pre colonial times was carved out of Africa by outsiders simply drawing lines on maps between many groups such as Germany, France, Portugal and Britain dividing whole societies and these states, Nigeria for example had over 400 separate languages and counting.

Africa has a sensitive old political power and the overlay of new political power States on top of old society and states. Those old societies had no part in that creation and the tools they were just created and then hand it over to them suddenly in the 1950s and 60s and were told your independent now, good luck.

If you think you can create a successful African nation-state like that, well, that is lunacy. It will take a lot of time; it will take generations for those nation-states to create the sort of feeling of citizenship that Americans and British people enjoy.

The failure of development lots of countries that are seemingly going along nicely then suddenly a huge political upheaval, maybe even Civil War destroyed infrastructure, everybody flees, the money shipped out.

Africa's politics historically falls into the hands of elite. Nigerians call these people big men, these are a class of people who are pure politicians and businessperson, you need to be a big man with a big car with money.

Economically the World Bank says between 60% and 70% of Africa's capital is shifted out of the banks in Africa into European, Asian and American banks. Africa’s capital is shipped overseas and until that changes or until a new generation or even a revolution, that actually takes Africa back to African lack of development will continue.

Today, slowly, African Capital is flowing back into Africa not just from 20 billion dollars in remittances from African diaspora living abroad every year. Every culture has something special and important to share.

Every world citizen has beautiful stories and songs, delicious food, fabulous creative arts and wonders of nature to reveal. Do not allow terms like Third World or Developing Countries end your journey of learning about different cultures before it begins.