Humpback Whales
Africa's Madagascar Antongil Bay is the most important breeding place for humpback whales in the Eastern Hemisphere. 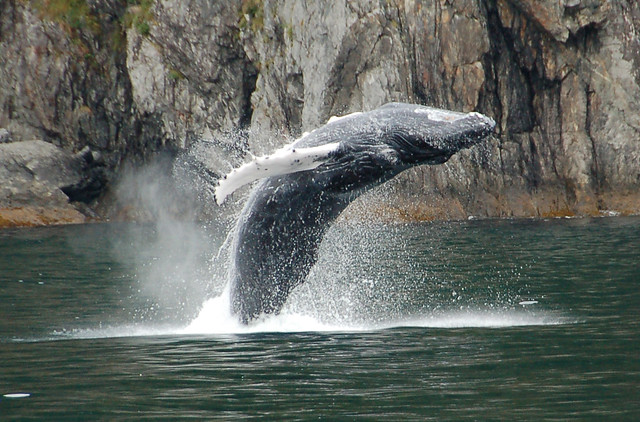 The Masoala peninsula is enclosed by the Indian Ocean in the east and Antongil Bay in the west. Today the Masoala can only be reached by boat, hiking or bike riding through miles of wilderness. Masoala is a multipart protected area having four land tracts and three marine.

One important area is Antongil Bay, the largest bay in Madagascar. Antongil Bay is a refuge for humpback whales that gather in the bay during mating season feeding on tiny shrimp-like krill, plankton, and small fish.


Every year between June and September, thousands of humpback whales migrate to Antongil Bay Madagascar to breed and nurse their calves.

Mothers and calves swim close together, often touching one another with their flippers with what appear to be signals of love one reason for the bond is females nurse their calves for almost a year. Humpback whales are known for their magical songs, which travel for great distances through the Bay.


Did you know?
Whale songs are a series of moans, howls, cries, and other noises are rather intricate sounds that can last for hours. It is most likely that humpback whales sing to communicate with others and to attract prospective mates.
Wildlife of Africa