African Dining Etiquette | How to eat with your hands

African Dining Etiquette
Let's face it, hand food is fun, in Africa, they traditionally do not use knives or forks but before you get your hands dirty, there are some etiquette rules. 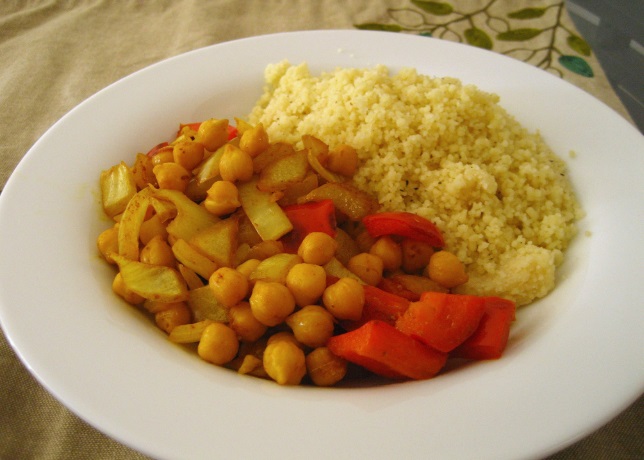 The Secret to Eating with Your Hands 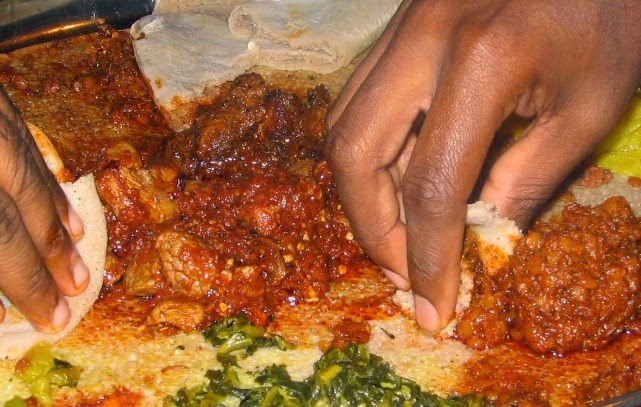 Eating food with your hands in today’s society is observed as being unsanitary, unclean, bad mannered and even gross. Today as we adopt more customs of the western world, it is common to see people using spoons, forks, and knives. Eating with your hand instead of using silverware is a skill that can be gratifying when done in the approved manner.

Etiquette should be observed when dining in any culture that eating with your hand is a tradition. The hands must be thoroughly washed; hands are washed before and after eating. Typically you eat with your right hand since bodily functions are taken care of with your left hand. Therefore, obviously, it is considered rude and improper to use your left hand. 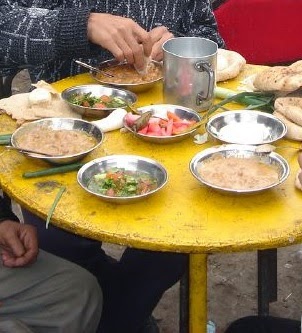 You may think you are reaching into the plate of food with your naked hand however; you will actually use a small piece of bread to scoop up the food. Just think of it as you are replacing utensils for pieces bread the same way some recipes replace a bowl for a large loaf of hollowed out bread.

You will reach for food with your bread in hand from the side of the bowl that is facing you, not across the bowl. This is your space in which you eat but please don’t lick your fingers.