Listing, description and location of nine African deserts and where does desertification occur in Africa with neighboring African countries.

Africa has the largest hottest dry desert in the world, the Sahara Desert. The three main types of deserts in Africa include hot and dry deserts, semi-arid deserts, and coastal deserts.

Most of the northern third of Africa is covered by the dry barren desert, the Sahara while much of the southern part of the African continent are dry deserts, coastal deserts and semi-deserts. There are nine deserts in Africa, they are the Chalbi Desert, Danakil Desert, Guban Desert, Kalahari Desert, Karoo Desert, Namib Desert, Nyiri Desert, and the Sahara Desert.

The Chalbi Desert is located entirely in northern Kenya.

Danakil Desert is a desert in northeast Ethiopia, southern Eritrea, and northwestern Djibouti.

The Guban is a coastal desert in northwestern Somalia also known as the Republic of Somaliland, a self-declared independent state without international recognition.

Semi-desert, the Kalahari Desert covers large parts of Botswana, Namibia and South Africa covering 900,000 square kilometres or 350,000 square miles and is full of cyanobacteria also called blue-green algae which can be harmful to pets and humans.

The Karoo or The Succulent Karoo semi-desert wildlife is found nowhere else on Earth, it is a vast semi-desert region of more than 155,000 square miles, 98 million acres or 400,000 square kilometres stretching over the provinces of the Eastern, Northern and Western Cape South Africa.

Located entirely in southern Kenya the Nyiri Desert where Baobab trees are found in the desert, some as old as two thousand years along with many animals such as the elephant, giraffe, rhinoceros, lions, leopard, lesser kudu, and impala.

The Namib is a coastal desert creating voluminous amounts of fog when it meets the Atlantic ocean in southern Africa. It is one of the oldest and largest deserts covering portions of Namibia, South Africa and Angola.

Out of 54 African countries, 19 have deserts within their borders and they are Algeria, Angola, Botswana, Chad, Djibouti, Egypt, Eritrea, Ethiopia, Kenya, Libya, Mali, Mauritania, Morocco, Namibia, Niger, Somalia, South Africa, Sudan, and Tunisia and the remaining 35 countries of Africa are susceptible to some type of desertification.

When land degradation occurs in the drylands, it is referred to as desertification. Drylands take up 41.3% of the land surface. This is a significant proportion of our land to disregard as wastelands, considering that they are habitable and part of the remaining land includes some mountains. Drylands refer to arid, semi-arid and dry sub-humid areas. Deserts are hyper-arid and one third of the lands on earth are covered with deserts.

Desertification refers to the land degradation in arid, semi-arid and sub-humid areas resulting from various factors, including climatic variations and human activities. Desertification hinders regularly the developmental efforts including in the field of agriculture, rural and urban development. The livelihoods of more than 1 billion people in some 100 countries are threatened by desertification.

When land degradation happens in the world's drylands, it often creates desert-like conditions. Globally, 24% of the land is degrading. About 1.5 billion people directly depend on these degrading areas. Nearly 20% of the degrading land is cropland, and 23% rangeland or open country used for grazing or hunting animals. 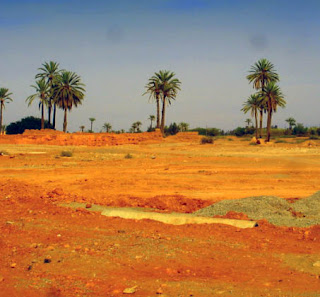