Jesus the Christ in Africa

The Christian religion in North Africa was one of the first Christian communities first arriving in the 1st century AD. In the 15th century, the Christian religion came to sub-Saharan Africa by Portuguese slave traders.
The majority of Africans are Christians. Jesus in Africa means Christ, the Anointed One, Emmanuel, Savior, the Redeemer, Only Begotten Son, Lord, Son of God, Son of Man and Messiah, sacred titles for Africans to call upon God in the name of the Son for evermore. 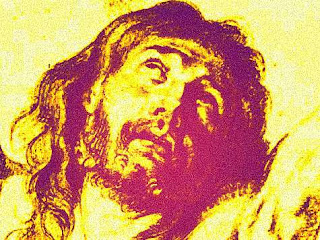 One African country is majority Hindu.

Psalms 68:31 KJV
Princes shall come out of Egypt; Ethiopia shall soon stretch out her hands unto God.

Animism is the belief that non-human entities contain souls or spirits. Animism the World’s Oldest Religion, in Africa today Animist beliefs and organized religious practices such as Islam and Christianity are practiced side by side. Animism is from the Latin word anima, meaning breath, spirit, and life.

Christianity's central belief maintains Jesus of Nazareth is the promised messiah of the Hebrew Scriptures, and that his life, death, and resurrection are salvific for the world. Its sacred texts include the Hebrew Bible and the New Testament. Catholicism is the oldest established western Christian church and the world's largest single religious body. Orthodox Christianity is the oldest established eastern form of Christianity. The Orthodox Christian faith shares many theological tenets with the Roman Catholic Church, but diverges on some key premises and does not recognize the governing authority of the Pope. The oldest Protestant Christianity’s include Lutheranism, Presbyterians, and Episcopalians, as well as Pentecostal movements.

Unlike many of the world’s religions Hinduism has no single founder, no single scripture, and no commonly agreed set of teachings. The Hindu belief is that gods or divinities can take many forms, but all form one universal spirit called Brahman. The three most important representations of Brahman are Brahma, the creator of the universe, Vishnu, the preserver of the universe, and Shiva, the destroyer of the universe. Hinduism is derived from a Sanskrit word that means dwellers by the Indus River.

Islam originated with the teachings of Muhammad in the 7th century. Muslims believe Muhammad is the final of all religious prophets beginning with Abraham and that the Qu'ran, which is the Islamic scripture, was revealed to him by God. Islam derives from the word submission, and obedience to God is a primary theme in this religion. The two primary branches of Islam are Sunni and Shia, Sunni Islam accounts for the vast majority of the world's Muslim population, 75 percent.

Voodoo also known as Vodun is a form of spirit and ancestor worship combined with some Christian faiths, especially Catholicism. Voodoo has no written word; it is a nature based community centered religion that supports and empowers. Voodoo is a religion originating in Africa and is practiced around the world by millions of voodoo practitioners or Voodooists. Batá drums are also the iconic symbol and sound of the Vodun or Voodoo religion. The Epe Ekpe Voodoo Festival has been celebrated in the same area of Southern Togo for over 320 years. 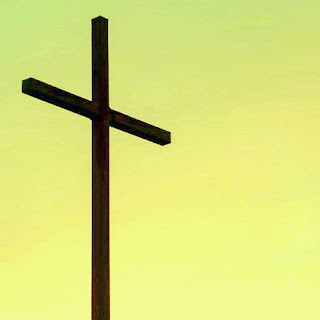 Acts 8:27 KJV
And he arose and went: and, behold, a man of Ethiopia, an eunuch of great authority under Candace queen of the Ethiopians, who had the charge of all her treasure, and had come to Jerusalem for to worship

Twenty-nine African countries are predominantly Christian, thirteen majority Islamic, one African county is chiefly Hindu and and one largely Indigenous beliefs. The Christian religion, in North Africa was one of the first Christian communities in Africa first arriving in the 1st century AD. In the 15th century, the Christian religion came to sub-Saharan Africa by Portuguese slave traders and since then Christian missions to Africa have greatly increased.

Acts 7:9 KJV
And the patriarchs, moved with envy, sold Joseph into Egypt: but God was with him