The potato is grown in 37 African countries. Egypt is Africa's number one potato producer and South Africa is sub-Saharan Africa largest potato producer.

The potato is grown in more than 150 countries however, Egypt is Africa's number one potato producer and South Africa is sub-Saharan Africa's largest potato producer. In all African countries, potatoes are both a subsistence and commercial crop in Africa.

As a commercial crop, more potatoes are processed to meet rising demand from the fast food, snack and convenience food industries. As a subsistence crop potatoes grown by farmers for consumption by themselves and their family, leaving little or nothing to be marketed.

The potato Solanum tuberosum originated over 8,000 years ago near Lake Titicaca, which sits at 3,800 meters above sea level in the Andes mountain range of South America, on the border between Bolivia and Peru.

From South America to Africa European colonialism to the potato to all corners of the globe, potatoes are a truly global food. Colonial governors, missionaries and settlers introduced potato growing to North Africa’s Egyptian Nile delta and the Atlas Mountains of Morocco. In sub-Saharan Africa, the potato is a favorite food in many urban areas, and an important crop in Kenya, Malawi and Rwanda.

Ethiopia is Africa's ninth largest producer of potatoes. Many African cuisine is based on the potato as a main ingredient. One of Ethiopia's most popular vegetarian dish is Ethiopian Berber potatoes. 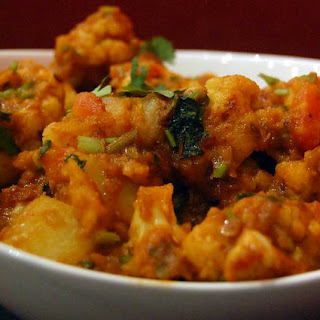 In Africa, the Cipira, Tubira and Jacob potato varieties are part of the Crop Intensification Program lead by the Peru-based International Potato Center. The Tubria is one of the most popular potatoes breed and planted in West Africa with white flesh and pink skin.

The potato is the world’s number one non-grain food product in developing countries claiming fourth place after rice, wheat and corn. Up to 85% of the plant is edible human food, compared with around 50% for cereals. China, India and Russia are the largest producer of potatoes. China is by far the largest producer, accounting for 26% of world production of potatoes.

The world loves factory-made frozen French fries and the average Americans eats about 29 pounds of French-fries every year. Another processed product, potato chips is the long-standing king of snack foods in every United States state. Made from thin slices of deep-fried or baked potato, they come in a variety of flavors from no salt to gourmet varieties such as hot dog or vinegar and salt.

The demand for potato chips, which is the main use of potatoes in the processing sector, is growing rapidly as a result of a change in eating habits from home cooking to fast food, the yam is still the most popular starch especially in the yam belt of West Africa.

Interesting fact about the potato - The potato crop is usually grown not from seed but from seed potatoes that are small tubers or pieces of tuber. Part of each year's crop, from 5% to 15%, depending on the quality of the harvested tubers is set aside for reuse in the next planting season. Yellowing of the potato plant's leaves and easy separation of the tubers from their stem indicate that the potato has reached maturity. Yes, boiling potatoes in their skins is best as it prevents loss of nutrients.