More than just drinking coffee, here is your invitation to a famous Ethiopian coffee ceremony centuries in the making. 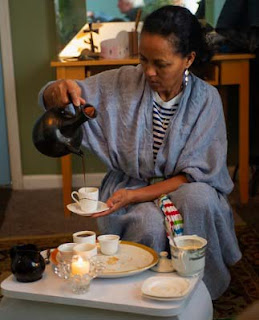 The Ethiopian coffee ceremony is a ritual that the women of Ethiopia have participated in for centuries and is the quintessential African food drink recipe. The coffee may be prepared three times in one day for various reasons including a meal.

Ethiopians are serious about their coffee. There is a time to share Buna with family, a time to drink Buna with other women and for breakfast or dinner and may include immediate family, including male members.

The Jebena pronounced Jeb-been-nah is often an ornate pot used to boil, prepare, and serve coffee. If you do not have a jebena you serve tea. No jebena means no coffee ceremony. Items such as a tray with coffee cups and all of the items needed for making coffee are gathered and brought to the space in which the ceremony will take place. The primary principle of organizing all of the items is to gather everything at once so that the woman preparing the coffee does not get up to collect other items later.

The popcorn is the snack or maybe bread since the Buna is never just coffee. The snack is enjoyed throughout the preparation process and while drinking coffee, with the intent of prolonging the Buna socializing experience.

History, selling and processing of coffee beans in Ethiopia.

The coffee cherry normally contains two beans which are flat on one side and develop in the center of the fruit with the flat sides facing each other. When only one bean is produced in the fruit, it is round and called a peaberry. In rare instances, three beans develop that are roughly triangular in shape.

Once the coffee berries turn bright red on the trees, farmers must pick them within two days or they will dry. After the cherry is picked, it begins losing moisture. If the cherry is sold by weight and it is not delivered quickly, then weight and therefore dollars are lost.

The beans are also losing weight due to physiological respiration. The rate of weight loss is greatest during the fermentation process when around 4 percent of the weight of green coffee is lost.

Once plucked, the farmers have 12 hours to get the ripened cherries to a pulpery, or coffee washing station. Farmers in distant villages far from a washing station must sundry the beans themselves, then take off the husks and transport them to the market. 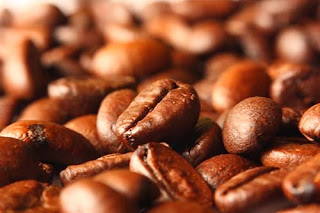 There are two distinct processing methods for coffee, dry and wet. The dry method is used in which the coffee beans are dried whole without pulping. The beans are spread evenly over the drying area and turned over periodically. The use of mechanical dryers is becoming increasingly popular. The beans can be placed in the dryer right after washing. Overheating ruins the quality of the coffee.

Coffee is processed only to the parchment-coffee stage on most small Ethiopian coffee farms and plantations. The parchment coffee is then sold to a larger plantation or to a miller who mills the coffee. Large farms frequently do all their processing, including roasting. Coffee is frequently polished to remove all the silver skin and give the coffee a more attractive, smooth, shiny appearance.

The wet method involves the removal of the pulp, fermentation of the thick, gluey material covering the parchment skin, rinsing, and then drying. Most countries producing mild coffee use the wet method. All exported coffee, washed and sun-dried, goes up for sale through the Ethiopian Commodity Exchange.

The Ethiopia Commodity Exchange, ECX, is a commodities exchange established in April 2008 in Ethiopia trading 90% in coffee and sesame seeds. Within a year, it became the main route for coffee exports in the continent’s largest producer of the beans after the state decreed traders must sell to exporters at the stock exchange. ECX creator Gabre-Madhin won the Yara award at the African Green Revolution Forum in Arusha, Tanzania, for her role in transforming Ethiopia's commodity market. Eleni Zaude Gabre-Madhin is an Ethiopian economist and a former Chief Executive Officer of the Ethiopia Commodity Exchange.

Ethiopia is where the coffee plants Coffea Arabica, Canephora and Liberica originate. The African country of Ethiopia manufactures the most distinctive and captivating coffees on the plant. Ethiopia is the world's fifth largest producer of coffee, provides employment for nearly 15 million people, and makes up some 28% of the country's yearly exports. Coffee has a long and revered history in Ethiopia and is an important component of Ethiopian culture and society. 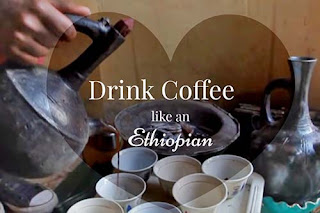 Coffee originated in Ethiopia making Ethiopia the mother of all coffee plants.


Coffee has a long and revered history in Ethiopia and is an important component of Ethiopian culture and society. Legend has it that coffee was accidentally discovered by Kaldi, a goat herder who lived in Ethiopia.

One day, Kaldi observed his herd of goats chewing on red cherries from a tree he had never noticed before, after which they became energized.

After trying them himself, Kaldi brought the cherries to a local monastery, where the monks tossed them in the fire as they disapproved of the idea of using the strange fruit.

Instead of burning the beans, it actually roasted them. Those roasted beans were used to create the first coffee.