Africa's education system and why policy alone can't fix it

The international community has called for the equal right to secondary education however, bride price and traditional roles of women limit opportunities in education. 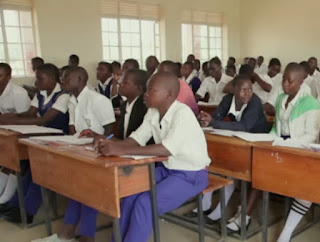 Africa's education system and why policy alone can't fix it.

All too often, women and girls are discriminated against in receiving education. The innovative education programs around the world focus on expanding scholastic opportunities for women and girls. Africa has such a huge young demographic and the number of students that graduate from school and available jobs on the market leaves a huge gap.

Bride price in many African societies is tied to the economic life of the family. Traditionally, bride price is when the prospective husband is expected to give a certain amount of money and goods, including cattle, goats, blankets or cowrie shells before marriage is agreed. The tradition of bride price is strongly entrenched in cultures across sub-Saharan Africa. When poverty is acute, a young girl may be regarded as an economic burden and her marriage to a much older man can be a family survival strategy. Poverty, not customary laws might induce parents to sell daughters for the purpose of marriage.

Educating African girls and women is the best social development investment toward a better Africa. Educating Africa’s women and girls can help end global poverty. The gains attained by Africa in increasing women's access to education, non-agricultural jobs, and partaking in elections, as voters and candidates have been significant since 1990 but more work is needed. Girls are still more likely than boys to never set foot in a classroom, despite the tremendous progress made over the past 20 years.

January 2014 Morocco: Controversial "rape marriage law" repealed. An article in a penal code that enabled a rapist to skirt prosecution if he married his underage victim is unanimously repealed by Morocco's parliament. The move comes two years after 16-year-old Amina al-Filali committed suicide for being forced to marry her alleged rapist to uphold her family's honor.

January 2014 Tunisia's new constitution enshrines women's rights. Considered among the most progressive Constitutions in the Arab region, it states that all citizens, men and women, have the same rights and duties and are equal before the law without discrimination.

April 2014 Uganda’s parliament passes a resolution that acknowledges for the first time the need to provide gender-sensitive reparations to the women and men who suffered at the hands of the Lord’s Resistance Army during the 20-year insurgency in northern Uganda, including crimes of sexual and gender-based violence. August 11, 2014 Record number of women on UN Security Council, making history, women comprise for the first time more than a third of the UN Security Council's 15 seats this year with Ambassadors from Argentina, Jordan, Lithuania, Luxembourg, Nigeria, and the United States.


Education is the foundation to human development

More than 49 million girls are out of primary and secondary school in sub-Saharan Africa, with 31 million of them out of secondary education, undermining their rights and limiting their opportunities. Communities have very important tasks, to make sense of how a girl is seen in society.

Africa is more technologically advanced than ever and soon will send people to the moon just using cell phones. Twenty years ago it was not even imagined our phones could talk to us or customize radio stations that can play only music we like yet our most advanced machines and computers still struggle at seeing the value in women and girls.

Women in Africa must overcome many obstacles to ensure real equality in education. Large segments of society still resort to customary laws and traditions in education, roles of women, and marriage including bride price.