Umqusho or Maize and Beans is a simple vegetarian African food recipe of corn, beans, carrots and spices. Umqusho is a common African dish with many variations that is popular in many regions of Africa.

Add all ingredients to a large pot mix well and heat on medium for 5 minutes.

On 10 May 1994, he was inaugurated as South Africa’s first democratically elected President. On his 80th birthday in 1998 he married Graça Machel, his third wife. 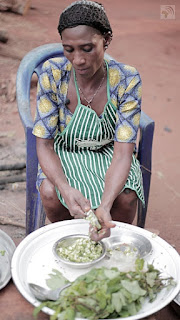 In April 2007 his grandson, Mandla Mandela, was installed as head of the Mvezo Traditional Council at a ceremony at the Mvezo Great Place.

Nelson Mandela never wavered in his devotion to democracy, equality, and learning. Despite terrible provocation, he never answered racism with racism. His life is an inspiration to all who are oppressed and deprived, and to all who are opposed to oppression and deprivation.
He died at his home in Johannesburg on 5 December 2013.