At the height of its power and glory, the influence and culture of the Ashanti Kingdom stretched beyond the borders of present-day Ghana. The British war against the Ashanti was not an immediate riches of gold and a feast for the pockets for Great Britain as first planned, Ashanti warriors won many battles.

The Ashanti people make up the largest of the subgroups of the Akan, who trace their origins partly to Bono-Manso and Techiman in the present-day Brong Ahafo Region. Ashanti constitutes 14.8 percent of all Ghanaians by birth and 30.1 percent of the total Akan population of 8.5 million in the country.

Ashanti people started with a nucleus of the Oyoko clan around Asantemanso. After several years of subjugation by other empires, such as the Akwamu and the Denkyira, Asante eventually grew to be a very powerful empire founded by King Osei-Tutu I (1695-1717), after defeating the Denkyira King Ntim Gyakari during the battle of Feyiase.

Ironically, King Osei Tutu I had spent his childhood days in the court of the Denkyira King, according to custom, and had escaped from there to Akwamu where he met his lifelong friend and spiritual mentor, the legendary Okomfo Anokye.

It is believed that it was through Okomfo Anokye’s extraordinary supernatural powers that King Osei Tutu founded the Ashanti Empire; as he is said to have commanded the Golden Stool to fall from the heavens, the stool that, to this day, serves as the symbol of the spirit, unity and strength of the Ashanti.

The Ashanti fought many successful wars against the Denkyira and their allies including the Wassa, the British, the Fante, and even the Bonos (Brongs).

Indeed, it was the Ashanti King Opoku Ware I who defeated the Bonos in 1723 and destroyed Bono-Manso, forcing the Bono Empire to move its capital from Manso to present day Techiman. The Ashanti Empire eventually collapsed with the defeat and exile of King Prempeh I, first to El-Mina Castle and eventually to Seychelles.

Not even the last stalwart stand by the great warrior Queen Yaa Asantewaa could revive the fame, fortune, and power of Ashanti. However, the culture, kinship and social structure of Ashanti, like many of the other Akan groups, has been preserved and maintained to the present day.

This underlines the cultural heritage, not only of the Ashanti but of the entire Akan ethnic group. The present Asanti King Asantehene Osei Tutu II is a direct matrilineal descendant of Osei Tutu I.

Several festivals are celebrated in the region, the major ones being the Akwasidae and AdaeKese. These are religious festivals celebrated by some members of the Akan ethnic group of which the Ashanti belong.

The festivals are celebrated to remember past leaders and heroes. Though they are dead, their spirits are supposed to be alive and taking interest in the affairs of the living, watching their doings and consulting with them at Adae. 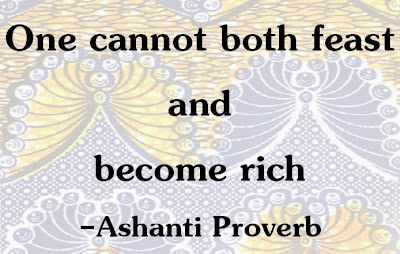 The British war against the Ashanti was not an immediate riches of gold and a feast for the pockets for Great Britain as first planned. The Ashanti’s in 1824 they defeated a British force and carried off to Kumasi the skull of the Governor, Sir Charles M’Carthy, which was used as a royal drinking cup. They were afterward defeated in 1826.

In 1863, an expedition against them had to be abandoned owing to the ravages done by sickness among the troops. In 1867 a warlike king, Kofi Karikari succeeded as ruler and proceeded to make hostile preparations against the Fantis.

In 1872, some Dutch possessions in present-day Ghana were transferred to Great Britain. The King of Ashanti claimed a tribute formerly allowed to him by the Dutch and refused to evacuate the territory ceded to Britain.

He also held four Europeans in captivity. The British Government determined to take up the matter seriously, and when in January 1873 an Ashanti force invaded the British Protectorate, an expedition under Sir Garnet Wolseley was immediately dispatched.

Owing to difficulties of climate, it was necessary that the whole campaign should be rapidly carried out. The Ashanti’s were defeated at all points. Kumasi was reached and King Kofi surrendered.

Sir Garnet Wolseley was sent out to take command of an expedition and, with three white regiments, a small Naval Brigade, and the West African Regiment, completely defeated the Ashantis in two pitched battles reached the capital and burnt it.

With the small number of supplies that were sent up, he was obliged to fall back again to the coast, after occupying the capital for only three days. The European troops suffered severely from fever. Wolseley sailed from England on September 12, 1873, and returned to Portsmouth on March 21, 1874.

The King renounced his claim to supremacy over any part of the former Dutch protectorate, paid an indemnity in gold. Further trouble arose, however, after the death of the King, his successors disregarding the treaty. In 1895 an expedition was sent out under Colonel Sir F. Scott. Kumasi was occupied and King Prempeh deported.

Still, the Ashanti tribes refused to submit and continued in rebellion. The Governor of the Gold Coast and a small force were surrounded in Kumasi. He managed to escape and Kumasi was finally relieved by an expedition under Colonel Wilcocks who gradually suppressed the rebellion.

By an Order in Council of September 26, 1901, Ashanti was formally annexed to the British dominions and given a separate administration under the control of the Governor of the Gold Coast, present-day Ghana.


Here is one account of an Ashanti-British battle by G. A. Henty

“Two days later Sir Garnet Wolseley with a strong force marched out from Cape Coast to Abra Crampa, halting on the way for a night at Assaiboo, ten miles from the town. On the same day, the general sent orders to Colonel Festing of the Marine Artillery, who commanded at Dunquah, to make a reconnaissance into the forest from that place.

In accordance with this order, Colonel Festing marched out with a gun and rocket apparatus under Captain Rait, the Annamaboe contingent of a hundred and twenty men under their king, directed by Captain Godwin, four hundred other Fantis under Captain Broomhead, and a hundred men of the 2d West India Regiment.

After a three-mile march in perfect silence, they came upon an Ashanti cutting wood and compelled him to act as a guide. The path divided into three, and the Annamaboes, who led the advance, when within a few yards of the camp, gave a sudden cheer and rushed in.

The Ashanti’s, panic stricken at the sudden attack, fled instantly from the camp into the bush. Sudden as was the scare Frank's guards did not forget their duty, but seizing him dragged him off with them in their flight, by the side of Ammon Quatia.

The latter ordered the war drums to begin to beat, and Frank was surprised at the quickness with which the Ashantis recovered from their panic. In five minutes, a tremendous fire was opened from the whole circle of bush upon the camp.

This stood on rising ground, and the British force returned the fire with great rapidity and effect. The Annamaboe men stood their ground gallantly, and the West Indians fought with great coolness, keeping up a constant and heavy fire with their Sniders.

The Houssas, who had been trained as artillerymen, worked their gun and rocket tube with great energy, yelling and whooping as each round of grape or canister was fired into the bush, or each rocket whizzed out.

Notwithstanding the heavy loss which they were suffering, the Ashanti's stood their ground most bravely. Their wild yells and the beating of their drums never ceased, and only rose the louder as each volley of grape was poured into them.

They did not, however, advance beyond the shelter of their bush, and, as the British were not strong enough to attack them there, the duel of artillery and musketry was continued without cessation for an hour and a half, and then Colonel Festing fell back unmolested to Dunquah.

The Ashanti’s were delighted at the result of the fighting, heavy as their loss had been. They had held their ground. The British learned that day, one can not feast and become rich against the Ashanti's.

The black seeds in the center of papayas are edible and have a peppery taste making a unique African Wedza Papaya Seed Tea recipe . Papaya Seed Tea Recipe Papaya Seeds are usually thrown away but these little black seeds make the best teas. Papaya is a tropical fruit crop in Kenya, South Africa, Côte d’Ivoire , Uganda, and Zimbabwe. It is grown widely both as a commercial crop and in small gardens where it is an important source of nutrition and income.  Papayas are large oblong shaped tropical fruits with thin skin that are golden yellow when they are ripe and ready to eat.  The fruit will be slightly soft to the touch and ripe papayas can be yellow, orange, pink or red, depending on the variety.  Wedza Papaya Seed Tea Recipe African Recipes by African Gourmet Most people only eat the flesh of the papaya, but you can also create tasty teas from the small, black seeds in the cavity of the papaya.  Prep time: 3 days   Cook time: 10 min   Total time: 3 day
Discover more