About Chic African Culture and The African Gourmet

Who is Chic African Culture and The African Gourmet

Chic African Culture is the brainchild of Ivy Newton a graduate of Florida A & M University in Tallahassee Florida. Ms. Newton’s family history has tentacles on two different continents, Africa and America.

The African country of Mozambique in Southeast Africa is her country of origin, specifically from the tourist and fishing port town of Porto Amelia now known as Pemba. Her family's occupation is that of fishing, fishing in the Mozambique Channel is the lifeblood of the family.

Since its founding in 2008, Chic African Culture and The African Gourmet goal is to highlight Africa through her food and culture. The objective is to show true facts about Africa and its 54 vastly diverse troubled yet intensely uplifting countries with the hopes of inspiring old and new souls.

Africa is home to more unknown history than known. A map of Africa does not begin to show the vastness of people, culture, food, the living and ancient history of the African continent. Established 2008 Chic African Culture is a learning tool to meet the demand for better education about the entire continent of Africa.


Family recipe Mozambique coconut crab stew recipe is made of fresh crab and coconut, staples in our Mozambique coastal cooking. 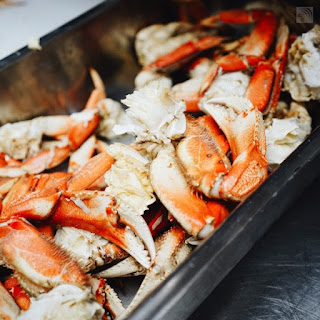 Directions
Heat the oil in a large pan and fry onion and spices for about 2 minutes. Add tomatoes, peanut butter and coconut milk simmer 20 minutes or until slightly thick. Add crabmeat. Serve with rice.

Mozambique was once one of the largest coconut or coqueros, as they are locally called, producers in the world until 2011 when Lethal Yellowing (LY) spread across the African country, plummeting a once-thriving industry into chaos.