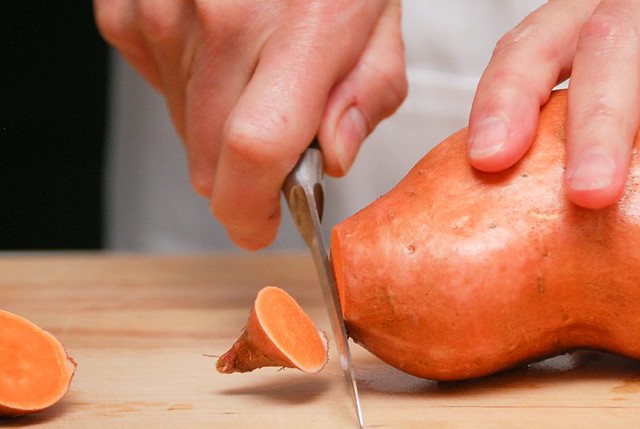 The Indian food culture in South Africa is dynamic and influential. 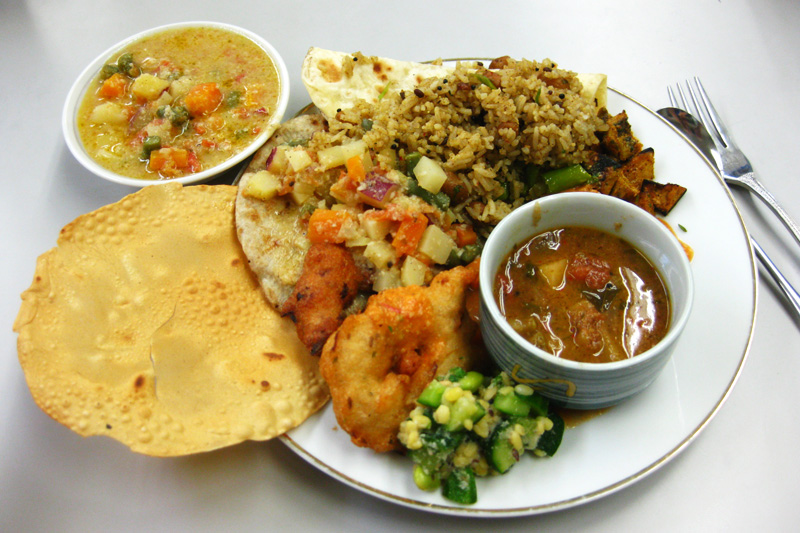 Put the onion, chilies, ginger, garlic, turmeric, ground coriander, cinnamon and salt into a food processor and blend to a paste. Heat the coconut oil in a wide lidded heavy-based casserole, then fry the paste for about 1 minute, stirring well. Stir coconut milk into the paste, stirring everything together over the heat for minute, followed by the stock, tomatoes, then the sweet potato and squash. Stir well, bring to the boil and, once bubbling, turn down the heat, put the lid on and simmer for 40–50 minutes until the sweet potatoes are soft and the squash cooked through. Serve with the rice or naan bread.