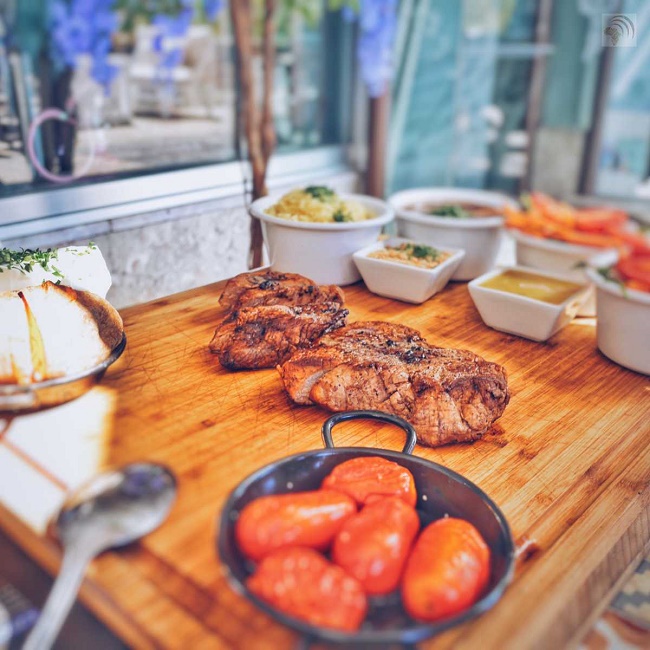 Romazava Beef and Greens Stew is the national dish of Madagascar. Romazava is very simple to make, with ingredients that are certainly found in every grocery store when you substitute beef for Zebu cattle meat. Zebu cattle are a sacred animal in India but the main source of meat in Madagascar.

Over high heat add oil to a saucepan, heat, add the beef pieces and brown on all sides. Add the tomatoes, onion, garlic, ginger, and cook over medium heat 40 minutes or until beef is tender. Finally, add the greens, season with salt and peppers and stir until the leaves are wilted and just cooked. Serve with rice.

Madagascar is located in Southern Africa in the Indian Ocean, just east of Mozambique. Madagascar is the world's fourth biggest island and due to its isolation, most of its creatures and plants exist nowhere else on earth.

Formerly an independent kingdom, Madagascar became a French colony in 1896 but then regained its independence in 1960. The people who are from Madagascar are called Malagasy. The Malagasy are thought to be descendants of Africans and Indonesians who settled on the island.

Madagascar's economy is very fragile and the island is prone to flooding and other natural disasters. Most of Madagascar's food is imported. Romazava is made on special occasions and is not your typical everyday meal.