The endangered African Wild Dog differs from others in its class for example wolves in that they have four toes instead of five. 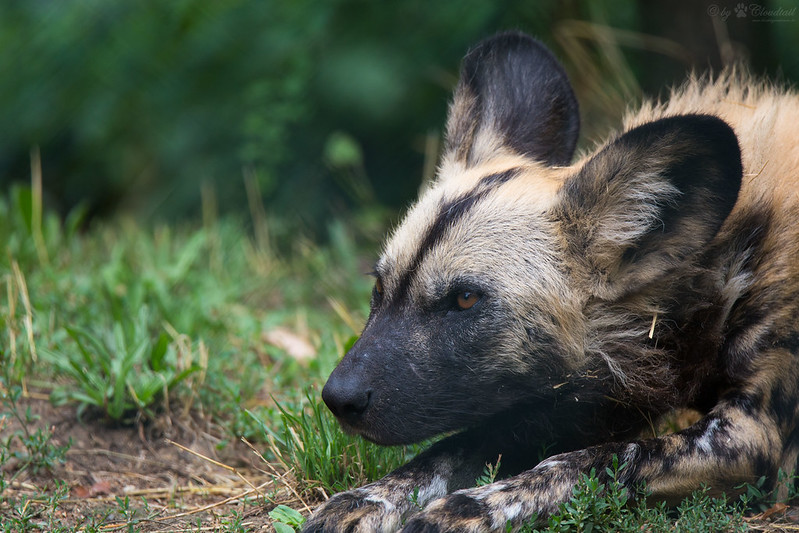 All About The Endangered African Wild Dog also known as Lycaon pictus, Cape Hunting Dog, and the Painted Hunting Dog.

The endangered African Wild Dog, Lycaon Pictus is a canidae, a group of meat-eaters that includes dogs, wolves, foxes, coyotes, jackals. African Wild Dog also known as the African Painted Dog is found only in Africa living in savannas and lightly wooded areas.

African Wild Dogs have disappeared from much of their former range. Their population is currently estimated at approximately 6,600, Historical data indicate that African Wild Dogs were formerly distributed throughout sub-Saharan Africa, from the desert to mountains.

The endangered African Wild Dog coats are spotted in shades of brown, black and beige, no two dogs are alike. African Wild Dogs is long-legged, with enormous jaws with large erect bat-like ears and dark brown circles around their eyes.

African Wild Dogs have disappeared from much of their former range. They have almost totally disappeared  from North and West Africa, and their populations are dramatically reduced in Central Africa and North-east Africa. The largest populations of African Wild Dogs are in southern Africa especially in Northern Botswana, Western Zimbabwe, Eastern Namibia, and Western Zambia and the Southern part of East Africa especially in Tanzania and northern Mozambique.