Chutney Recipe
Durban South Africa has one of the largest concentrations of Indian people outside of India and South African Indian food recipes are a source of pride.

Use Mango Beet chutney in place of relish, mustard, ketchup and salsa. Beets and mangoes are among the sweetest natural foods and contain even more sugar that carrots.

Beta vulgaris or beets come in a range of colors, from dark red to red-and-white striped to deep gold to milky white. Beets are mainly grown for their large roots but the leaves can also be eaten as spinach. In South Africa beets are widely grown in home gardens throughout the country.


Add all ingredients together, stir well and simmer 30 minutes, stirring constantly. Slowly pour chutney into a 2-quart jar. Allow to cool on the counter. Perfect on fish and chicken. 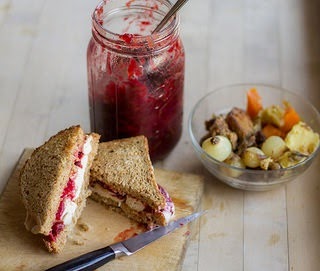 What is chutney you ask, popular in South Africa, chutney is a sort of a combination pickle and preserve. It is usually made rather sweetly and very hot, and is eaten with curry and rice.
African food