Eggplants are known in Zambia as Impwa, garden eggs or simply eggplants. 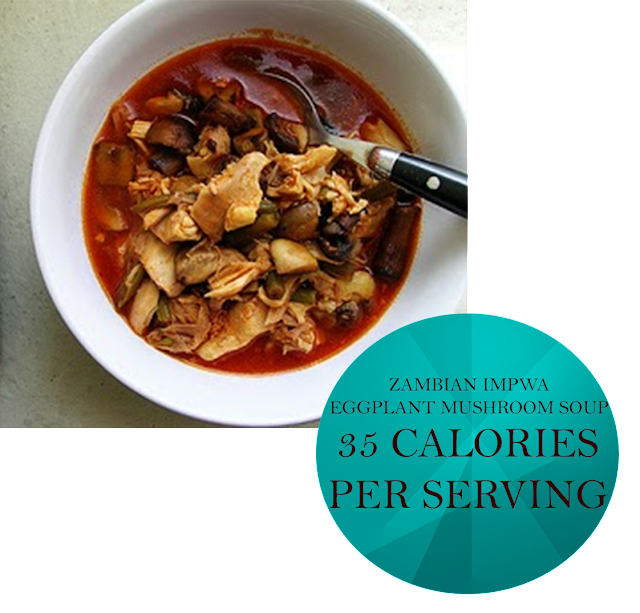 
2 cups any type of mushroom

Add all ingredients into a large pot and simmer 20 minutes or until eggplant is soft. Serve warm with crusty bread.


Did you know?
Zambia was known as Northern Rhodesia until independence from Britain in 1964.