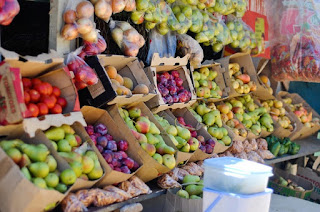 
Apples cannot grow in Africa, this belief, as well as many others about Africa, are falsehoods. Being predominantly a temperate fruit requiring very low temperatures, the apple fruit has for a long time been considered exotic but yes, Apples are grown commercially for local consumption and export within numerous East, West and Southern African countries. Homegrown apples are growing well in African countries such as Egypt, Morocco, Southwest Cameroon, Kenya, Zimbabwe, Libya, Tanzania, Uganda, Nigeria, Madagascar, Algeria, Tunisia, DR Congo, South Africa, Rwanda, and Zambia.

Currently, there are more than 1,000 farmers in Kabale Western Uganda who have started growing apples to supply local markets as well as the neighboring countries of Burundi, DR Congo, Rwanda, and Tanzania. During the 2015 production season, Africa accounted for 29 percent of total apple exports from South Africa, which makes Africa the country’s second-largest apple export destination. 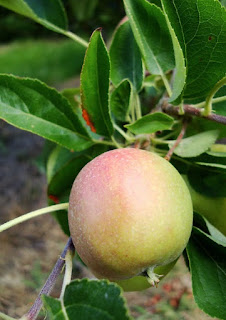 Commercial growing of apple, a major crop in temperate countries, is slowly taking shape in Kenya, as improved varieties are unveiled. Arguably the most famous apple grower in Africa is Peter Wambugu Kago from Nyeri County Kenya who trained as a mechanic after working as a farmhand for several years. At first, Wambugu started by growing coffee, tomatoes, tree tomatoes, and passion fruits among other crops on his two-acre piece of land but then he decided to try his hand in apple business after he won a bid to supply fruits to Mt Kenya Safari Club in Nanyuki Kenya.

Kuffel Creek Apple Nursery located in Uganda explains growing apples in Africa as "It is a shock to many people that yes, apples can be grown in a tropical climate, and have been grown by the millions for decades. This goes against the conventional wisdom that apples need between 800-1,000 hours below 7° C. (45° F.) in order to break dormancy and set fruit. However, experience has shown that using tropic apple culture methods can fool the tree into thinking that it is chilling and it will then blossom and fruit. You still must be choosy about which varieties to plant and the tree will act much different from in a cold climate, but the result is crisp, juicy, tasty apples.”

Uganda is home to 31 million people, a population that has tripled since 1969. Agriculture is integral to Uganda’s future. The warming climate is an increasing problem for agriculture. As weather disasters like heat waves and floods become more frequent and severe, crops are at risk of damage. Uganda is sunny most of the year with temperatures rarely rising above 29 degrees or 84 degrees Fahrenheit. The average annual temperature is about 26 degrees Celsius or 78° Fahrenheit.

The rainy season is from March until May and October until November is the real problem for Ugandan apple farmers, not the heat. Heavy rains during blossoming prevent pollinating insects from flying, knocks the flower petals and young fruitlets off the tree, and leads to problems with foliar disease such as powdery mildew and scab. Too much heat can mess with an apple's color. If nights, do not cool down enough for their pigment to fix in place, an apple that is supposed to turn red will not, and end up a murky pink-brown color instead.


Did you know?
Starking apple variety originated in the USA in the 1920s and was introduced to South Africa in the 1940s. It is a mutation of Red Delicious and is harvested in early March in South Africa.

Golden Delicious was found as a seedling in West Virginia, USA, in the 1880s and introduced into South Africa in 1930 by Molteno Brothers of Grabouw. Golden delicious is harvested from late February to mid-March in South Africa.

Granny Smith apples derive its name from a real granny Smith, Mrs. Maria Ann Smith, who discovered this seedling in her garden in Australia in the 1860s. The first plantings in South Africa date back to 1919. Granny Smith is in full bloom from the middle to late October and is harvested from late March to late April. 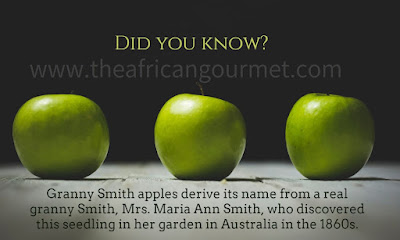 An apple tree can grow up to 30 feet tall and can take 6 years to bear its first fruit or a dwarf or semi-dwarf trees which can grow from 6 to 20 feet tall.