- September 14, 2015
African Proverbs for Men About the Wrong Woman in Their Life 


Wisdom and warnings against the wrong woman in your life quotes explain to us that sometimes it is hard to know if you are being taken for granted in a marriage and sometimes it is very obvious. 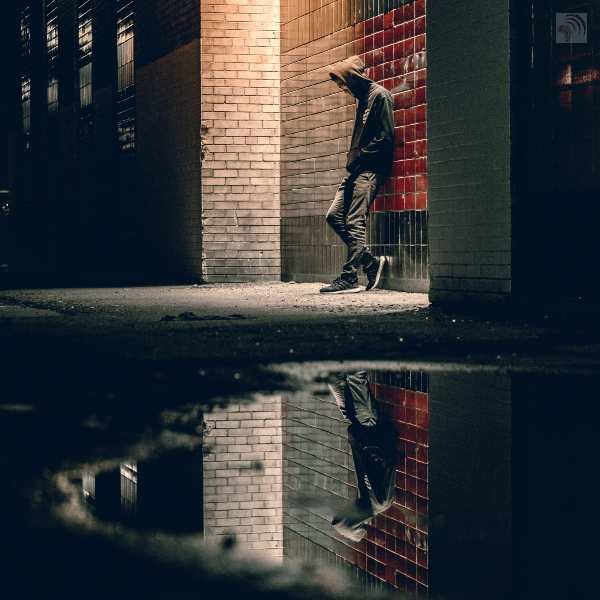 
Wisdom and warnings against the wrong woman in your life African proverbs and sayings with love from your ancestors. 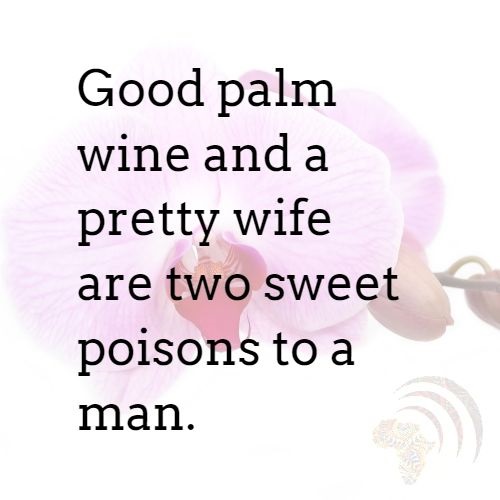 Good palm wine and a pretty wife are two sweet poisons to a man.


Even the best of women have still a devil's rib in her.


Under a glove, the ugliest hand is hidden. 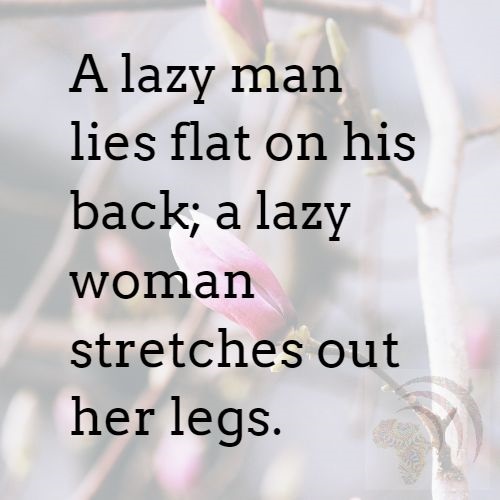 A relative's slap hurts more than a stranger's.


Choose a wife to please yourself, not others.


Smoke and a scolding woman drive one out of the house.


There is some peace from a barking dog, but never from a foolish woman. 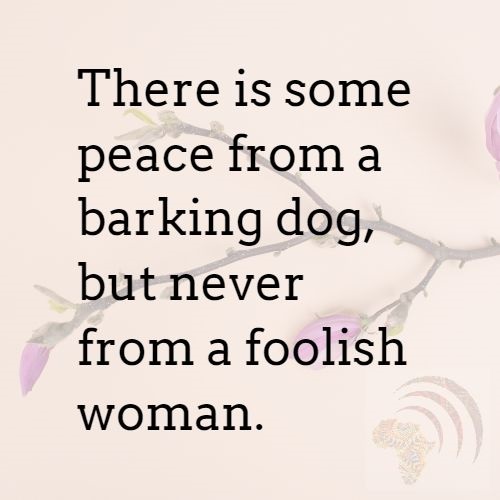 When you love a woman beyond measure afterward, it brings hatred.


See the mother, and then marry the daughter.


There is no such thing as a good wife or a sweet onion.


A black chicken flies at night. 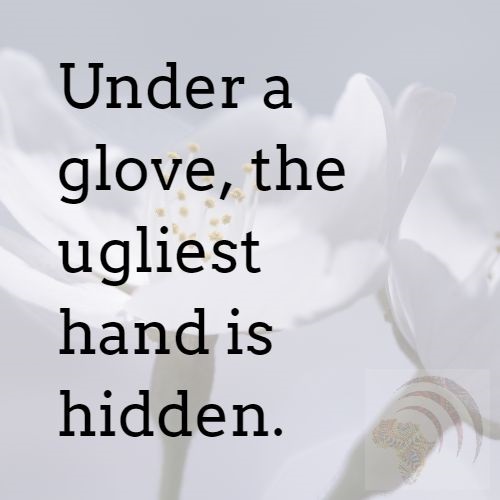 A woman is a stranger until she gives birth to a child.


He that marries for love, dies miserably of anger.


As a fowl pecks at its chickens, in love not in anger. 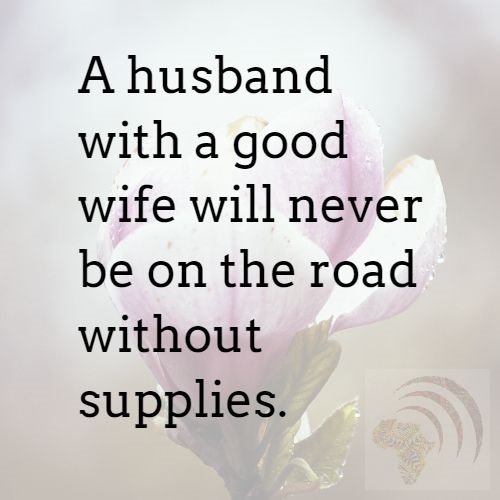 
A caged bird longs for the clouds.


A husband with a good wife will never be on the road without supplies.


A lazy man lies flat on his back; a lazy woman stretches out her legs. 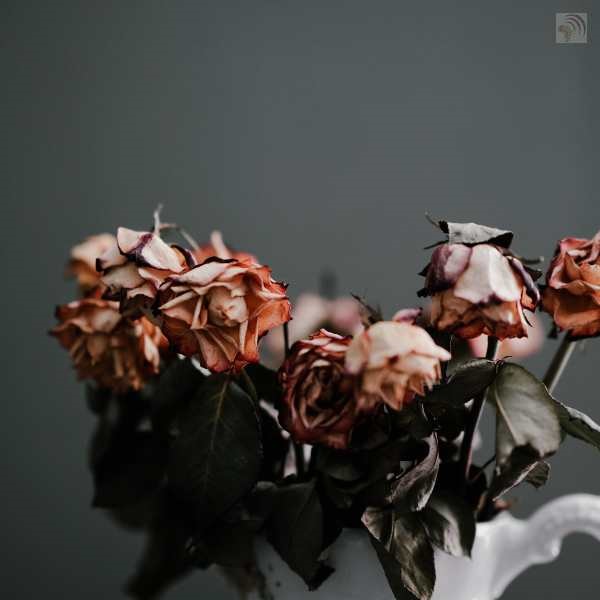 1. She is cheap. If this is the case, you may want to look deeper into this. Is she only cheap with you, while she splurges on herself or her friends? If that is the case, then you may not be worth very much in her eyes, and you should move on. Being cheap has nothing to do with money. Being generous with your time and your affection and finding creative, free date nights does not cost a dime. Being cheap can be synonymous with being selfish. You are worth more than that, so go find someone who thinks so, too.

2. She will not meet any of your friends, or she will not let you meet hers. What is she hiding? Worst case scenario: She’s hiding you.

3. She insults you, even jokingly. Putting you, down is never OK. She is obviously insecure, and her go-to way to feel better about herself is to try to break you down.

5. She talks about her exes a lot. She may not be as over them as she would want you to believe. Even if she can’t stop telling you how much she hates her ex and how much he screwed her over, she’s still talking about him, which means her ex is still on her mind.

6. She accuses you of things you are not doing. People will tell you about themselves if you listen. If her accusations are really out of left field, then she may be projecting her guilty conscience on you, which means she is accusing you of doing what she has done in the past or what she is doing now. However, what if that is not the case and it is simply trust issues? Trust issues are never simple. Ask yourself if you are willing to pay for the last man’s mistakes.

7. You feel lonely in her presence. Have you ever dated someone who made you feel lonelier when you were with her than when you were actually alone? It could mean she is withholding affection for any number of reasons, or it could just mean the chemistry is not there. If this happens often with the girl you are dating, you should probably keep looking.

8. She hits you, pushes you, slaps you, kicks you, or calls you names. It is time to end it immediately, no explanation required. No “let’s go to therapy,” no “baby, I’ll change,” or, even worse, “you made me do that.” The second it turns physically violent is the second you should move on.

Weeping for Thousands of Years | Crying Stone of Ilesi

The crying stone of Ilesi, some African myths are real. The Crying Stones of Ilesi located in Kakamega County of western Kenya is about 18 miles or 30 km north of the Equator. Kakamega County is Kenya's second most populous country after Nairobi. Ilesi was so named because the word kakamega translates roughly to pinch in the Kiluhyah African language. Kakamega was used to describe how white European colonists would eat the Kenya national food dish ugali.  Dry your tears dear Ilesi To the Luhya tribe of Kakamega, who are mainly  farmers and fishers, the 131 foot or 40 meters Crying Stone of Ilesi will forever be a sacred and a revered part their everyday lives because it has supernatural powers.  The stone is a place of rituals , healing, resolution, cleansing, and sacrifice. Luhya tribe believes that when the stone cries it is a sign that good things are about to happen. When there is drought, the Luhya performs rituals to bring rain. Luhya legend has it, a wife left
Discover more