Short African folklore story Blackman and White Snake there are countless versions of the same folklore story but the lesson learned does not change.

Understanding the significance of this African Folklore story may help in the solution of difficult real life probelms teenagers and adults face daily.

A Blackman was walking by himself and saw a small white snake lying under a large rock.

The white snake begged his help; but when she had become free she said, "Now I will bite you!"

The Blackman answered, "That is not right! Let us first go to spider."

When spider had heard the affair, he said, "It is right."

"No," said the Blackman, "Let us ask scorpion!"

Scorpion declared the same, saying, "It is right."

"Now let us ask bird," said the Blackman in his despair.

The bird answered very slowly and considerately, doubting the whole affair, and demanding to see first the place, and whether the Blackman was able to lift the heavy rock.

The white snake lay down, and the Blackman, to prove the truth of his account, put the rock again over her.

When the white snake was securely under the rock, bird said to the Blackman, "Now let her lie there!" 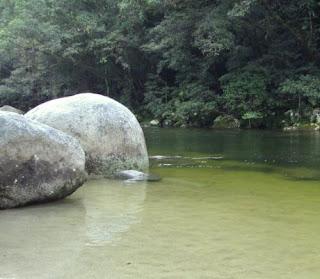 Folklore storytelling is the most ancient art form of the African Community.