African Countries That Begin with L

Lesotho is landlocked, surrounded by South Africa; mountainous, more than 80% of the country is 1,800 m above sea level. It has relatively higher population density in the western half of the nation, with the capital of Maseru, and the smaller cities of Mafeteng, Teyateyaneng, and Leribe attracting the most people. Lesotho HIV/AIDS prevalence rate is the second highest in the world. The United States established diplomatic relations with Lesotho in 1966, immediately following its independence from the United Kingdom. Post-independence, the country has seen a mix of rule by decree, coups, military government, and democratically elected government.

Liberia land is mostly flat to rolling coastal plains rising to rolling plateau and low mountains in northeast, facing the Atlantic Ocean, the coastline is characterized by lagoons, mangrove swamps, and river-deposited sandbars; the inland grassy plateau supports limited agriculture. More than half of the population lives in urban areas, with approximately one-third living within an 80-km radius of Monrovia. The United States established diplomatic relations with Liberia in 1864; 17 years after it declared independence from the American Colonization Society, an organization that resettled free African-Americans and freed slaves in Liberia. A 1980 coup ended the rule of the party that controlled the country from its independence in 1847.

Libya's economy is almost entirely dependent on oil and gas exports; well over 90% of the population lives along the Mediterranean coast in and between Tripoli to the west and Al Bayda to the east; the interior remains vastly underpopulated due to the Sahara and lack of surface water. In Libya, more than 90% of the country is desert or semi desert. 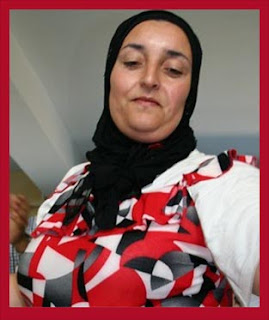 African Capitals That Begin with L

Libreville is the capital and largest city of Gabon, in western central Africa. The city is a port on the Komo River, near the Gulf of Guinea, and a trade center for a timber region.

Lilongwe is the capital city of Malawi located in the central region of Malawi, near the borders with Mozambique and Zambia. It is an important economic and transportation hub for central Malawi named after the Lilongwe River.

Lobamba is a densely populated rural area, central eSwatini formally Swaziland, southern Africa. According to traditional Swazi customs, Lobamba is the residence of the Ndlovukazi (“She Elephant”; i.e., the Queen Mother) and is thereby the spiritual home of the Swazi nation

Lomé is the capital of Togo in West Africa. Lomé is surrounded by a lagoon to the north, the Atlantic Ocean to the south, the village of Bè to the east and the border of Aflao, Ghana to the West. The city has seen massive growth in recent times due to an oil refinery in the east.

Luanda is the capital of Angola, and was once again named the most expensive city in the world for expatriates. Luanda, also spelled Loanda, formerly São Paulo de Luanda, city, capital of Angola. Located on the Atlantic coast of northern Angola, it is the country's largest city and one of its busiest seaports. Founded in 1576 by Paulo Dias de Novais and initially settled by the Portuguese.