Facts of a Homeland Named Guinea-Bissau 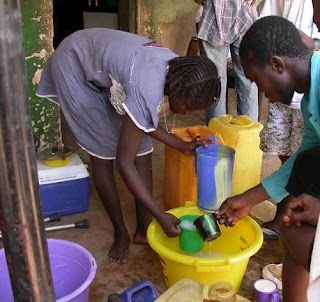 Get the facts on the African homeland of Guinea-Bissau and learn about a country unlike any other. Here are 28 interesting facts about Guinea-Bissau. Selling a drink of rum made from cashews in Guinea-Bissau. Facts of a Homeland Named Guinea-Bissau. Guinea-Bissau is located on the western coast of Africa. The Arquipelago Dos Bijagos of Guinea-Bissau consists of 18 main islands, 88 islands and islets in total. Around 55 percent is covered in forests. Declared independence in 1973 from Portugal. Republic of Guinea-Bissau former name before independence was Portuguese Guinea. The country is named after the Guinea region of West Africa. There are nine administrative regions, Bafata, Biombo, Bissau, Bijagos, Cacheu, Gabu, Oio, Quinara, and Tombali Pluba Guinea-Bissau Chief languages are Crioulo, which is the lingua franca or language of business and education, and Portuguese, which is the official language. Political instability describes Guinea-Bissau over the past fifty years
Learn More
More posts