All About Senegalese Laamb Wrestling

All About Senegalese Laamb Wrestling
Wrestling is a very popular national sport in Senegal; it is referred to as Laamb and takes root from the wrestling tradition of the Serer people. 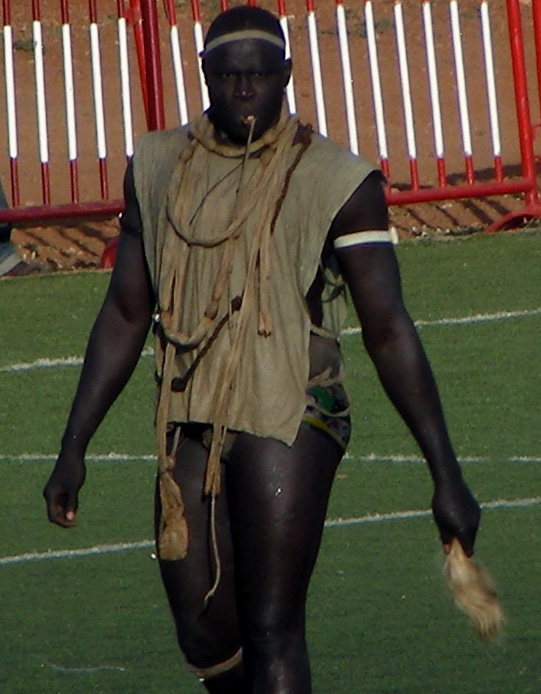 Laamb wrestling looks like a simple contest between two big strong men fighting in the sand dressed in loincloths but no Africa sports wrestler, regardless of his strength or technical abilities will enter the ring without his marabout.

The marabout in Muslim Africa is believed to have supernatural power. The wrestling competition has many mystical rituals, which are supposed to instill bravery into the wrestler and fear into his opponent. The mystical ritual ceremonies are to ward off bad luck before each fight.

Under the watchful eye of three referees, a fight lasts a few minutes up to 45 minutes and can include a few 5 minute break. The wrestlers fight with bare hands and without any protection however in tradition lamb there is no striking.

The winner is whoever puts his opponent on the ground, whether on his back, butt, stomach, or a combination of hands and knees. When a Laamb wrestler losses he openly mourns and weeps about his loss.

Traditionally Senegal's favorite Africa sport Laamb wrestling was used to prove the strength of the men in the village and to keep neighboring thieves from stealing crops. Senegalese Laamb purists have issues with the Lutte Traditionnelle Avec Frappe striking version and advocate for Laamb to return to the more conventional Greco-Roman style wrestling.

However, Africa sports especially Laamb wrestling has evolved into a widely televised, money-making event and its champions have rock star status.

Becoming a popular wrestler, king of the arena, and making money are why so many young men who are unable to attend school practice wrestling for hours a day.

Muhammad “Tyson” Ndao was one of Senegal’s first wrestling superstars, who fought in the category of heavy and super-heavy fighters of 1995 to 2002.