Showing posts from November 5, 2017
Show all

History of Rice in West Africa No One Knows About 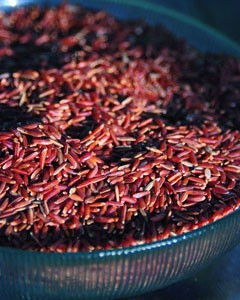 History of Rice in West Africa No One Knows About. Rice, a staple food in many African countries. Rice has been cultivated in West Africa for over 3,000 years, however, about 450 years ago, the Asian species, Oryza sativa, was introduced to Africa from Asia and the demand for Asian rice has outpaced the demand for African rice among Africans. Secret History of Rice in West Africa. African rice, whose scientific name is Oryza glaberrima, is unique to Africa. Rice is not only a vital part of African culture but also a favorite food. Long-grain white rice imported from Thailand and Vietnam are more widely consumed by most West Africans.  African rice Since 1960, when most West African countries were gaining independence, the total population of the region was just over 90 million but in the course of over 50 years, the population nearly quadrupled, reaching 342 million by 2015. Such huge population growth has a major impact on agriculture and on the demand of its food resources,
Learn More