Light, bright and damn near white, skin whitening creams and soaps is popular in Africa among men and women despite cancer, high blood pressure, diabetes, and mercury poisoning health risks. 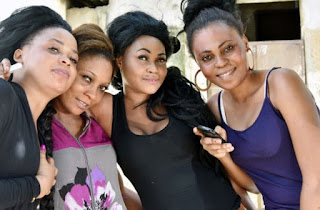 Mercury is one of the top ten chemicals of major public health concern, however, skin whitening and lightening creams and soaps are a billion-dollar business in Africa. For centuries there has been an image that if you have pale or whiter skin it means you are prettier or more handsome than you are with dark skin.

The World Health Organization has reported that Nigerians are the highest users of skin whitening and lightening products; 77 percent of Nigerian women use the products on a regular basis. They are followed by Togo 59 percent, South Africa 35 percent, Senegal 27 percent, and Mali 25 percent women reported to use skin lightening products on a regular basis. Studies have found that men are also bleaching their skin.

How skin whitening and lightening creams and soaps work

A story by the BBC on Congolese hair stylist Jackson Marcelle says “He has been using special injections to bleach his skin for the past 10 years.” Each injection lasts for six months. Marcelle - known in this busy community as Africa's Michael Jackson - says his mother used to apply creams on him when he was young in order to make him appear "less black". 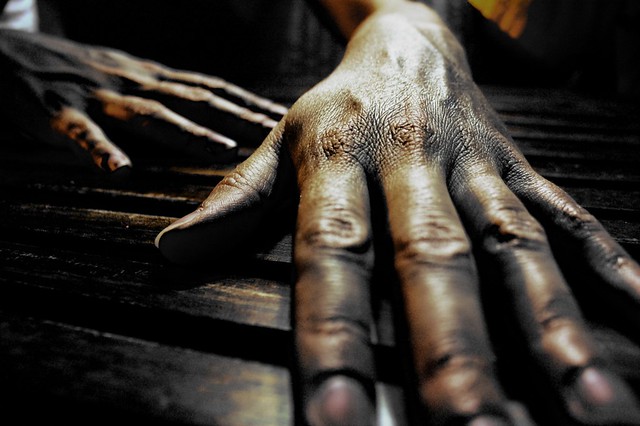 The World Health Organization has reported that Nigerians are the highest users of skin-lightening products"I like white people. Black people are seen as dangerous; that's why I don't like being black. People treat me better now because I look like I'm white," he adds.

"I pray every day and I ask God, 'God why did you make me black?' I don't like being black. I don't like black skin," Jackson Marcelle says.

Psychologists say there are also underlying reasons why people bleach their skin - but low self-esteem and, to some degree self-hate, are a common thread. Entrenched in the minds of many Africans from a young age is the adage "if it's white, it's all right", a belief that has chipped away at the self-esteem of millions. Until this changes, no amount of official bans or public information campaigns will stop people risking serious damage to their health in the pursuit of what they think is beauty.

Mercury containing skin lightening products are hazardous to health and as a result have been officially banned in many countries throughout Africa. In 2015 Ivory Coast or Côte d'Ivoire banned all skin-whitening creams and lotions over fears that the cosmetic products can cause long-term health problems. Côte d'Ivoire is not the first country to impose a ban or take action against the products. In South Africa, products containing more than two percent hydroquinone have been illegal since the 1980s. However, mercury-containing skin lightening products are still widely available on the internet. Also, these products are sometimes illegally smuggled into Africa and sold at local markets in towns and villages. These soaps and creams may contain about 1 - 10 percent of mercury, and just 1 percent of mercury levels pose a serious health hazard.

The amount or concentration of mercury in a product may be labeled on the packaging or in the ingredient list.

Did you know? Hg is the chemical symbol of Mercury. Mercury is contained in many products, including: Batteries, Measuring devices such as thermometers and barometers, Electric switches and relays in equipment, Lamps (including some types of light bulbs), Dental amalgam for dental fillings, Skin-lightening products and other cosmetics, and Pharmaceuticals.