Ivory Coast Does Not Exist, Her Name is Cote d'Ivoire

What’s in a name? 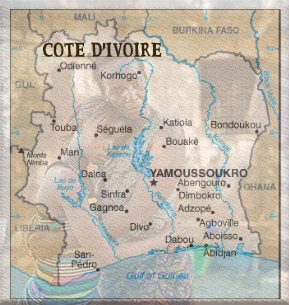 The area that became the Ivory Coast on August 7, 1960, previously had been under French sovereignty. The state’s name changed from Ivory Coast to Cote D’Ivoire in 1986.

In 1986, the African government of Côte d'Ivoire declared the République de Côte d'Ivoire to be its formal name, and country must always be referred to by the French name.

Despite this request by the government, the African country of Côte d'Ivoire is still incorrectly referred to as Ivory Coast for over 30 years.

The Nationality of Côte d'Ivoire citizens is Ivoirian. Foreigners from West Africa, Europe (mainly France), and Lebanon composed about 25% of the population by 1998.

The latest estimates from 2012 place the foreign population of Côte d'Ivoire at nearly 22% and a median age of 20 years old.

The entire world should feel they have to say Côte d'Ivoire because that is what the Ivorian’s call their country. Instead of referring to their country by their oppressor’s name, the Ivory Coast, the government in 1986 established themselves as Côte d'Ivoire.

Côte d'Ivoire is French for Ivory Coast however using the English word Ivory denotes the county is a commodity in the former slave trade instead of an African country with life and energy. What’s in a name? The power of a name and its value is immeasurable.