Your ancestors are wise, speaking to you telling you not to create, or further deepen, an attitude of bitterness toward your family.

Bitterness is one of the most destructive of human emotions. If a bitter woman takes over the house, the family she rules is doomed African proverb teaches bitterness starts out as hurt and becomes a chronic state of slow burning anger.

Bitterness carries a high price tag. It can harness vengeful acts against loved ones that put them at risk for being hurt or victimized and possibly engulfing them in a never-ending, self-defeating cycle of bitterness. 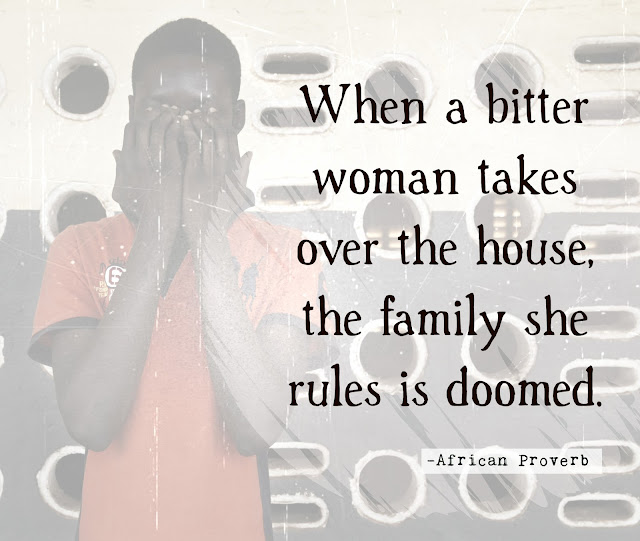 Bitterness, anger and grudges are first cousins.  The longer you hold onto your bitterness, the more you will sink into the negative quicksand of ever-cycling feelings of hatred and resentment. When someone you care about hurts you, you can hold on to anger, resentment and thoughts of revenge — or embrace forgiveness and move forward.

However, if you do not practice forgiveness, you might be the one who pays most dearly. By embracing forgiveness, you can also embrace peace, hope, gratitude and joy. Consider how forgiveness can lead you down the path of physical, emotional and spiritual well-being.

Your ancestors are wise, speaking to you telling you not to create, or further deepen, an attitude of bitterness toward your family. Bitterness turns loved ones away from you.