Mental illness is a taboo subject that is stigmatized in much of Africa but people in Africa don’t suffer any less because they are African and believe mental illness is caused by the wrath of God, witchcraft, or possessed by spirits.

We don’t often think about the long-term mental health impact of the issues that they are living through such as conflict, homeliness, famine, drug use, and disaster.
Former child soldiers in Africa did not go back to being happy school children when the conflict ended, however, when the peace agreements were signed people went about their daily lives as if it was over. Most developing countries dedicate less than 2% of government health budgets to mental health care.

Mental health issues are usually given very low priority in health service policies and services that are funded are poorly staffed. Mental health issues often come last on the list of priorities for policy-makers. Where mortality is still mostly the result of infectious diseases and malnutrition, the morbidity and disablement due to mental illness receive very little attention from the government.

Superstition accused of mental health diseases. In parts of Africa, people’s attitudes towards mental illness are still strongly influenced by traditional beliefs. These beliefs are sometimes so prevalent it affects the policy funding of mental healthcare services. In Uganda, "Locally people say Mulalu, which literally means you're mad, you're useless" says Jimmy Odoki, who also has bipolar disorder. "Where I come from people say 'that one he's a walking dead'." according to the BBC.

This belief system often leads to unhelpful or health-damaging responses to mental illness, and to the stigmatization of the mentally ill. Young girls and women that are from families that are known to have a history of mental illness marriage prospects are severely limited. Fear means people with mental illnesses and their family can end up being abandoned by society.

In some areas of Africa, the solution for caring for the mentally ill is to chain mentally ill people by the ankle and hide them away. At home, people with mental illness are commonly chained by their parents or other relatives to control the mentally ill person. Many volunteer organizations provide only temporary psychological care to the vulnerable citizens of Africa in humanitarian emergencies.

The African Mental Health Foundation (AMHF) was established in 2004 by Professor David M. Ndetei, Professor of Psychiatry at the University of Nairobi. AMHF was created in the response to national tragedies such as the school fire tragedy in 2002 in which 67 school children were burnt to death. Members of AMHF saw a great need to provide mental health services to survivors and victims’ families.

Conflict situations also fuel sexual violence and rape which require specialized psychological care which is urgently needed in some parts of Africa. Governmental and non-governmental agencies must work together to ensure a comprehensive approach towards a solution to suitable mental healthcare in Africa Mental health is neglected on Africa's health and development policy agenda. 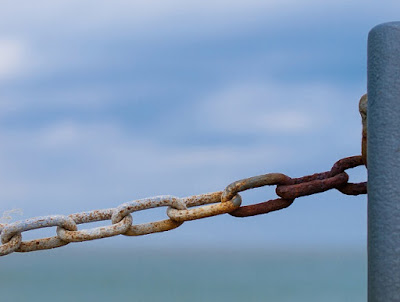 Mental Illness Are Evil Spirits and Demonic Possession. Mental illness and you believe that the person is possessed by demons gets in the way of treatment. People often focus on trying to get evil spirits out instead of working on the real issues that lie within. Most Africans have a natural Affinity towards the supernatural but mental illness is not Supernatural possession but is treated as such.

It is difficult to separate religion from mental health treatment for some prayer is the answer and not treatment. Traditional treatments are also used but medication and talk therapy are looked down upon.

Educating individuals is necessary for the proper treatment of certain types of mental illness for it is harmful to confuse mental illness and demonic possession. Religious leaders often set the tone for African communities which includes traditional Healers and talking about Mental Health is not always communicated effectively to their congregation.

Most people are not able to process or work through their issues with a doctor or talk about it to anyone in the community because of stigmatism around mental illness. It can be a long dark struggle with many difficult days the person with the mental illness may feel like they are falling apart and have no help in their corner.

It is important to separate religion from psychology Society needs to be rid of the shame towards mental illness and stop saying that people are weak or not perfect Believers but possessed. Spirituality is important but it does not mean that you deny what is really going on inside because it will only get worse.

Post-Traumatic Stress Disorder and Internally Displaced Persons (IDP’s).
Over 27,000 people, mostly civilians, have been killed since 2009, when Boko Haram launched its violent uprising to try to impose Islamist rule. Because of the Boko Haram insurgency in Chad, around 135,000 people are internally displaced from around the lake to makeshift camps scattered around the Chadian shoreline, competing for scarce resources with an already vulnerable host community.

Post-traumatic stress disorder is a disorder that can occur after someone experiences a traumatic event. Anyone who has gone through a life-threatening event can develop post-traumatic stress disorder and this includes women who are raped, terrorist attacks, child soldiers, and natural disasters. After the trauma, a person feels scared confused and angry and these feelings do not go away they only get worse.

Post-traumatic stress disorder is not usually attributed to people in Africa however with the disruption of everyday life many find it hard to continue. Many people throughout the 15 countries who are currently at war in Africa are in fear of their lives; they have seen horrible things and feel helpless. Many strong emotions caused by the traumatic event create changes in the brain that result in post-traumatic stress disorder.

An internally displaced person or IDP’s stay within their own country and remain under the protection of its government however if the government is unstable there is no safe place to run. IDP’s are among the most vulnerable people in the world because unlike refugees they are on the run in their own homeland. Over 41 million people where are internally displaced due to armed conflict, civil and tribal war and human rights violations.

IDP’s have to leave the home because of conflicts or persecution however; refugees leave the country they live in across the border. IDP’s stay inside the country to find a safer place because many simply do not have the money or the physical strength to undertake a dangerous journey.

However, often IDP’s stay in conflict areas where violence or other threats simply cut them off from reaching the border. IDP’s are among the most vulnerable displaced persons in the world because they continue to be trapped in areas of armed conflict and receive little to no therapy for their PTSD.