Oromo people comprise 34 percent of the Ethiopian population. Every aspect of the Oromo pastoralist culture is captured in stories, proverbs and songs and handed down from one generation to the next. 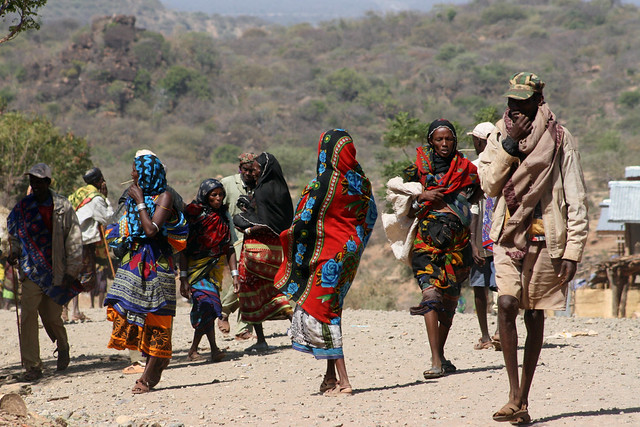 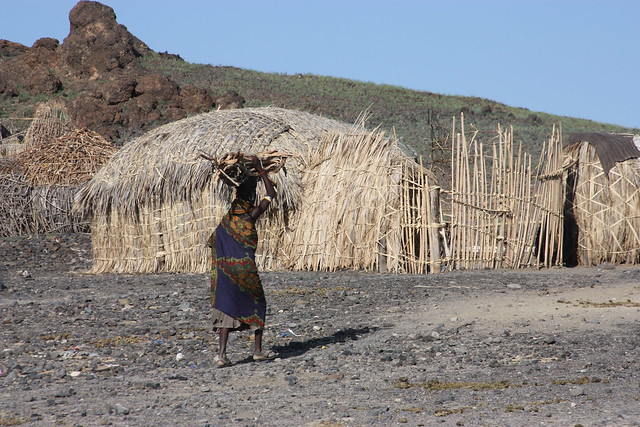 The Borana Oromo are a pastoralist group living in Somalia, Ethiopia and Kenya.

The Borana who are part of a very much larger group of the Oromo, left the southern highlands of Ethiopia in the 1500's. They are mainly found in Ethiopia but some also live in Kenya and can be estimated at about 4 million in these two countries.

Those on the Kenya side of the border live in a large area of barren northern Kenya. About 44% of the Kenya Borana live in Marsabit District, into Tana River District, Garissa District and in Moyale District.

The heaviest concentration live in the Sololo area of Marsabit District and in Moyale District. Those in Isiolo District are concentrated in Merti and Garba Tula. Since the early 1990s many Borana have lived in Nairobi.

Oromo live in many regions as a result of expansion from their homeland in the central southern highlands beginning in the sixteenth century. Although they share, a common origin and a dialectically varied language but Oromo groups generally retained their language and sense of local identity.

Although their lifestyles and social structure had changed extensively from those of their pastoral ancestors Oromo possessed their own culture, religion, and political institutions. 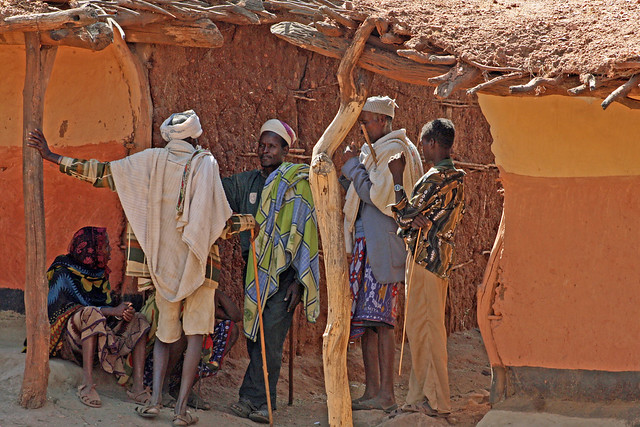 The body of wise man has eyes.

The elephant does not get tired carrying his heavy tusks.

A poor man is detested by his own mother.

Patience leads to an honorable position.

The ladle cannot serve anything if the pot is empty.

A man dies, but his word lives forever.

I did not ask for a payback for a generous act, nor did expect it to disappear altogether.

The past years are in moonlight, the years to come are in darkness.

Ethiopia is the oldest independent country in Africa and one of the oldest in the world. In 1930, Haile Selassie I, was crowned emperor until 1936, when Italian forces invaded and occupied Ethiopia until 1941. In that same year, Haile Selassie I returned from forced exile in England and ruled Ethiopia until September 13, 1974, when he was deposed.

The regime was finally toppled in 1991 by a coalition of rebel forces, the Ethiopian People's Revolutionary Democratic Front. A constitution was adopted in 1994, and Ethiopia's first multiparty elections were held in 1995. Ethiopia's population is highly diverse. Most of its people speak a Semitic or Cushitic language. The Amhara, Tigray, and Oromo make up more than three-fourths of the population, but there are more than 40 different ethnic groups within Ethiopia.

At 43 years old, Dr. Abiy Ahmed Ali took office April 2, 2018, as Ethiopia's first ethnic Oromo prime minister. He was born on August 15, 1976, in the small town of Beshasha, located near Agaro, Oromia. Raised by a Muslim father and a Christian mother.