Kelewele (kelli welli) is one of Ghana’s most popular street food snacks sold by street hawkers. Easy to make, kelewele are plantain cubes, sprinkled with ginger, hot pepper and fried in palm oil. 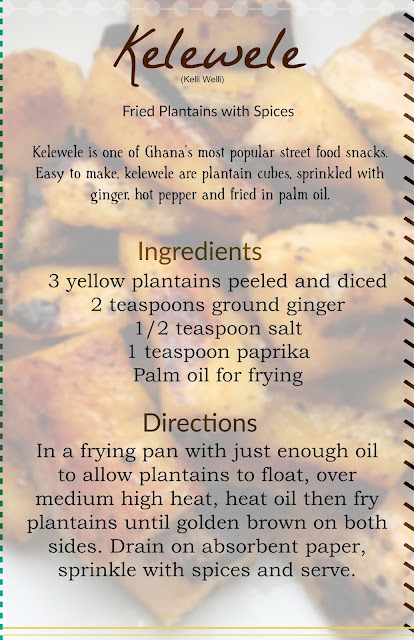 
In a frying pan with just enough oil to allow plantains to float, over medium high heat, heat oil then fry plantains until golden brown on both sides. Drain on absorbent paper, sprinkle with spices and serve.