If it sounds too good to be true, it probably is. People throughout the world have fallen victim to scams from individuals and companies allegedly based in Africa. 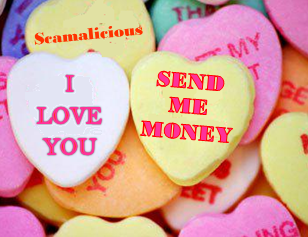 You already know to be cautious whenever you go online, so you don't fall prey to the scammers that flourish on the internet. If it sounds too good to be true, it probably is. People throughout the world have fallen victim to scams from individuals and companies allegedly based throughout Africa. An individual claiming to be trapped in Africa and needs financial assistance to return to the United States is usually the common storyline.

Typically other scam operations begin with an unsolicited communication, usually by phone, email, Facebook or more commonly on dating websites, from an individual who describes a situation that promises a quick return on money or needs a desperate loan for an emergency overseas. In other words, someone needs money in someplace and your help is needed to do it.

Love already leaves you emotionally vulnerable, but you can't let that vulnerability blend over into other areas of your life as well and fall for internet scams based in Africa.

Online catfishes or fraudsters pretend to be beautiful women. They play clips of the women-saying hello. They then tell their targets that their microphone or speakers are not working so they cannot speak, they can only communicate via messages. Over time, they build up a romantic relationship with them before convincing them to send them money.


Others pretend to have a concession in gold, timber, securities or oil to persuade people to hand over money for their fake business arrangements. The group of fraudsters has come to be known as the Sakawa boys in Ghana, a term which means "putting inside" in the Hausa language.

Sakawa boys are known specifically for online dating scams but have since broadened to include all types of online frauds and scams mainly targeting foreigners. Cybercrime contributed to Ghana being blacklisted for money laundering by the international watchdog the global Financial Action Task Force in 2012.

If you are concerned about an American in distress overseas, but you are not sure if it is a legitimate case, call the Office of Overseas Citizens Services at 888-407-4747. If you are concerned someone may be impersonating a friend or loved one on Facebook, change your privacy settings and report the profile and follow the on-screen instructions to file a report. Dating scam victims go to the FBI’s Internet Crime Complaint Center www.ic3.gov/default.aspx and file an online complaint.

The best way to avoid becoming a victim of a scam from Africa or any place else in the world is to use common sense. Do not wire or transfer money to anyone you’ve never met in person no matter how much they profess instant unending passionate love for you.