Luzira Men's and Women's Maximum Security Prison is the second largest prison in Uganda, there is nothing routine about a court appearance or a sentencing hearing at Luzira. 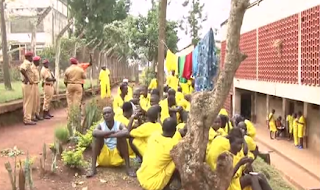 Luzira is a district of Kampala, Uganda’s capital city. Luzira is best known for Luzira Maximum Security Prison, Kampala Uganda's largest Prison. According to the Institute for War and Peace reporting under the Ugandan constitution, anyone accused of murder has the right to have their case heard by the High Court within a year of being arrested.

According to the ministry of justice, the number of imprisonment cases that are yet to be heard stands at more than 40,000, some 32,000 on legal custody in prison and the rest on bail. The majority of these cases are offences such murder, treason, terrorism, rape and aggravated robbery, crimes which carry either an optional or mandatory death penalty, and which can only be tried by the High Court.

In April, the problem was so serious that the Ugandan government launched an initiative to slash the backlog of cases by 30 percent by the end of 2011, this goal was not met. March, 23, 2015 the Directorate of Public Prosecutions, DPP drafted a new case management system to reduce case backlog and ensure efficient management of cases, the DPP, Hon. Justice Mike Chibita, has said. "In the new case management system, it will not be a requirement that case files recalled to the office of the DPP are transferred to Kampala but will be handled by particular assigned judicial officers”. 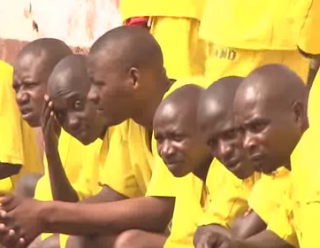 Under the Ugandan constitution, every citizen has the right to a state attorney and the right to a speedy trial. However, it is much harder for prisoners to get out on bail if they do not have adequate legal representation therefore; they remain in prison sometimes for years.

In Uganda some are awaiting trial while legislation in Uganda proposes the death penalty for gay people, aggravated homosexuality, and imprisonment for families who fail to report their gay relatives to the police within 24 hours of finding out about their sexuality. In many African countries those imprisoned for being in debt are made to pay rent to the prisons.

Murchison Bay wing houses the male prisoners in cramped living quarters, sometimes inmates sleep outside because there is not enough room to sleep inside. Carpentry programs are the most popular programs, along with the Condemned Choir of Luzira Prison which is made up of inmates on death row. 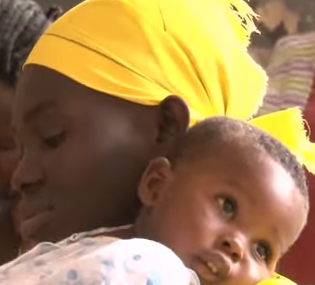 Luzira Maximum Security Women's Prison wing sits on 20 acres of land and houses around 430 prisoners. The women are classed by the color of their uniforms; yellow is for prisoners or people awaiting trial, orange colors received a sentence of 20 or more years, and red with white checks are sentenced to death.

If prisoners give birth in prison or were breastfeeding when sentenced, the babies stay with their mothers until the age of 2 then they are taken to a daycare on the prison property and visit their mothers each Sunday. After the age of 4 the children are relocated off prison grounds to a children’s home, The Family of Africa, awaiting release of their mothers.

There is an educational system, a beauty parlor, sewing, basket making and arts and crafts at Luzira Maximum Security Women's Prison. The beauty parlor and training school was launched on Thursday May 23, 2013. The choir at Luzira women’s prison has many members who have been sentenced to death. Tumuhirwe Jolly a 22 year old former maid is in Luzira Prison, on December 8, 2014 she was sentenced to 4 years in prison for the severe battery of a child. The baby recovered from her psychical injuries and is happy and healthy living with her parents. 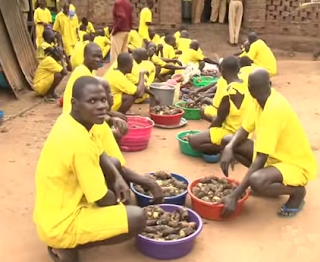 The African Prisons Project provides standards for human rights, and rehabilitative approaches to imprisonment. In 2004 Alexander McLean, volunteering in a nearby hospital in Kampala, visited and treated a group of prisoners in Luzira Upper Prison Uganda.

Struck by the living conditions of the prisoners, Africa Prisons Project, APP continues working closely with prison administrators, prison staff and the prisoners themselves to identify their needs. To date APP has touched the lives of over 25,000 prison inmates and staff in Uganda, Kenya, Sierra Leone and Nigeria.