Is your morning cup of coffee endorsing poverty

Africa does not benefit from the processing and manufacturing portion of the coffee bean, only the agricultural. What is Fair Trade and how does it help the small family coffee growers and not endorse poverty and exploitation of poor agricultural coffee growing regions.

Africa particularly the Ethiopian Rift Valley is famous across the world for growing producing the best coffee in the world, primarily due to its superior growing conditions. Coffee is the way many people begin their day. Whether it is brewing a cup at home or stopping by their favorite local coffee shop, many people consider coffee an essential part of their routine.
Ethiopia is the world’s fifth largest coffee producer and Africa’s top producer. Coffee is Ethiopia's principal source of income and the world's demand for quality coffee is increasing steadily. More than 15 million people grow the crop for a living, hundreds of thousands of intermediaries are involved in the collection of the crop from farmers and supply to the export and domestic market.
A sizable amount of foreign exchange, accounting up to 30% of the total yearly export income, is derived from coffee. Companies outside of the African continent do the work of roasting, packaging, retailing and other assorted workings in the coffee value chain. Africa does not benefit from the processing and manufacturing portion of the coffee bean, only the agricultural.

According to Fair Trade USA, Fair Trade goods are just that. Fair. From far-away farms to your shopping cart, products that bear the fair trade logo come from farmers and workers who are justly compensated. Fair trade helps farmers in developing countries build sustainable businesses that positively influence their communities.
Fair trade is a nonprofit but does not do charity. Instead, teaches disadvantaged communities how to use the free market to their advantage. With Fair Trade USA, the money you spend on day-to-day goods can improve an entire community’s day-to-day lives.
Visit Fair Trade USA  for a complete listing of companies under the Fair Trade Certified Coffee program. 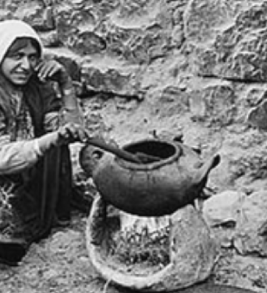 Where did Coffee come from? Legend has it that coffee was accidentally discovered by Kaldi, a goat herder who lived in Ethiopia. One day, Kaldi observed his herd of goats chewing on red cherries from a tree he had never noticed before, after which they became energized. After trying them himself, Kaldi brought the cherries to a local monastery, where the monks tossed them in the fire as they disapproved of the idea of using the strange fruit. Instead of burning the beans, it actually roasted them. Those roasted beans were used to create the first coffee.