Illegal Love Being Gay in Africa Being homosexual in certain African countries means your relationship is illegal, gay-rights activism is unlawful, and prison sentences or worse could be lawfully carried-out by family, neighbors, the police and even strangers. 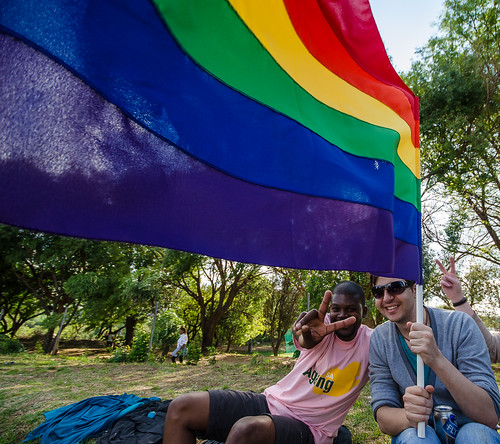 Being Gay in Africa, the severe suppression on homosexual relationships is not restricted to Nigeria, The Gambia, Uganda, and Kenya. Numerous African countries criminalize homosexual relationships, with penalties ranging from misdemeanors to death sentences.
Currently, there are two countries in Africa where being homosexual could legally carry a death sentence. One African country allows legal same-sex marriages and civil unions, South Africa but life is still difficult if you are gay

Junior Mayema was enrolled in law school and hiding his sexual orientation in his hometown Kinshasa, Democratic Republic of the Congo (DRC).
Mayema’s mother publicly denounced him as evil and tried to kill him plotting to inject him with gasoline. Heavyhearted Mayema decided to seek asylum in South Africa since he was facing a daily threat from his family and the fact homosexuality is a crime in DRC.

Mayema appeared in the film From the Same Soil that documented refugees in Cape Town and experiences being openly gay. However, his new life in South Africa was full of disappointments since he was not accepted as being openly gay.
When Mayema turned to the police for help, the police only offered physical and verbal abuse. Mayema left Cape Town November 2014 to start a new life in the San Francisco California USA thanks to the help of The UN Refugee Agency and thousands of well-wishers. 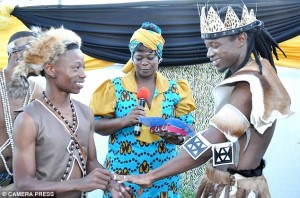 Homosexual acts are illegal in Kenya, however Kenyan author, journalist and winner of the Caine Prize for African Writing in 2002, Binyavanga Wainaina has come out to say he is gay.
Wainaina says he knew he was homosexual since he was five years old and part of his reason for coming out was the Nigerian anti-gay law and the senseless violence surrounding the new law.
Wainaina says he was also inspired to come out by the deaths of his father and a gay friend. He announced in an essay that he called “the lost chapter” of his memoir, that he was gay. Wainaina ends his “the lost chapter”